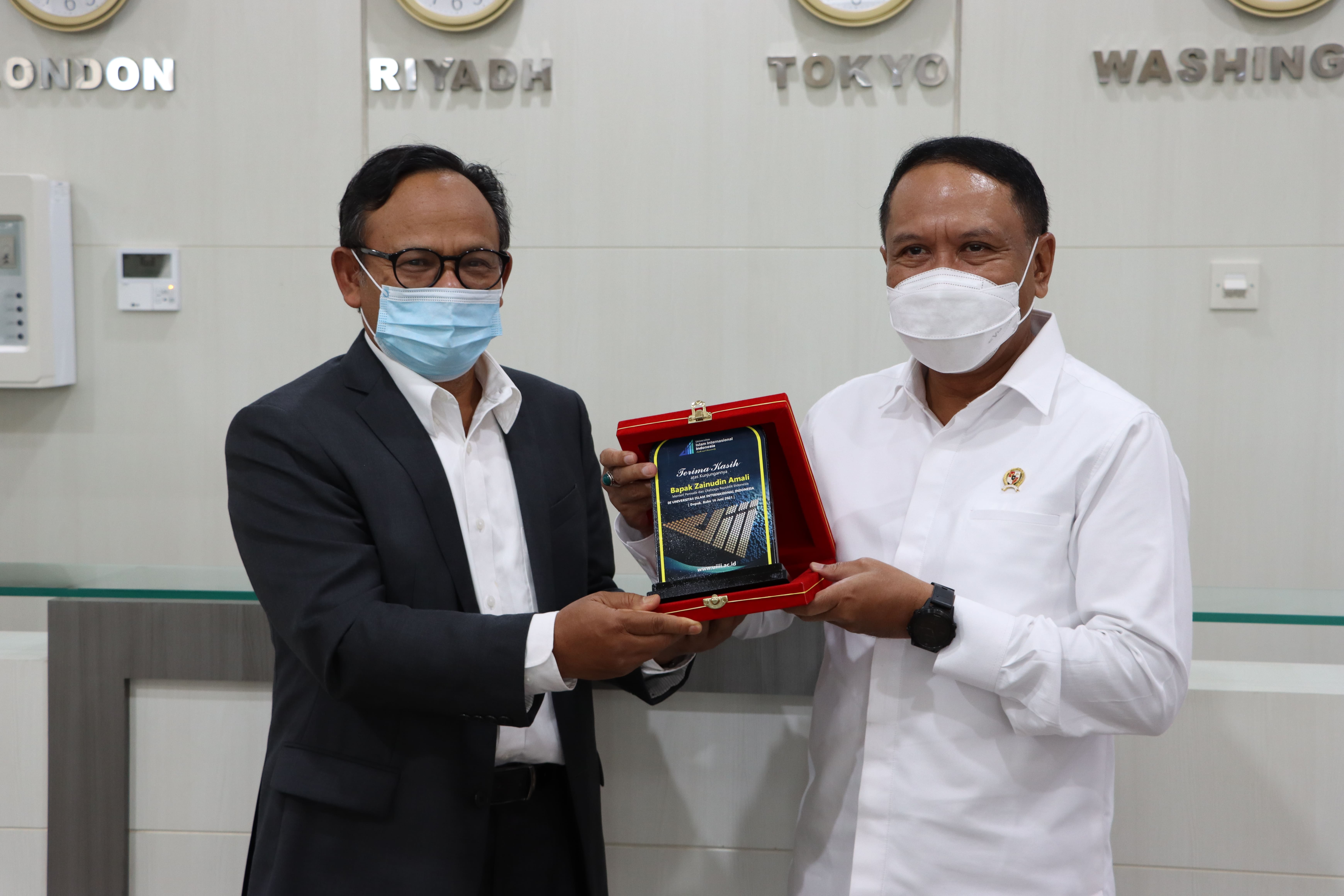 uiii.ac.id: Depok - “People out there are amazed by the democratic and religious life that exists in Indonesia. Beforehand, they didn't have a place to study nor research, but now the answer is the Indonesian International Islamic University,” the Indonesian Minister of Youth and Sports Zainudin Amali noted in a special meeting reflecting on the advance made in the country’s development of Higher Education system in Indonesia. The Minister was warmly welcomed by the Rector of UIII, Prof. Dr. Komaruddin Hidayat and other university officials during his first official visit to UIII campus on Wednesday, June 16th 2021.

A short presentation of UIII was commenced to introduce the Minister about UIII, explaining that its academic year of 2021-2022 will start in September as the UIII Scholarships Program is in progress.

Zainudin continued to tour the 3 Pillars buildings, (Rectorate, Mosque and Library) and the soon to be finished Faculty Building that would host all the academic activities when the academic year begins. After the tour, Zainudin admitted that he was astonished by the vision and mission of the UIII, especially supported by the facilities which are on the way, and to be completed soon.

“I was surprised and everything was extraordinary. The physical buildings that are currently prepared are amazing… from the outside, I was amazed. Once I was explained that the purpose of establishing this UIII campus and also what its mission was. I find it difficult to describe in words because this campus is exactly what we need,” Zainudin said.

Komaruddin and Zainudin exchanged ideas and both agreed that for Indonesia, as a country with the largest Muslim population in the world and a democratic country with various cultural and religious backgrounds, the establishment of this campus as a center for learning is not only appropriate but very significant. In addition, on campus, young people will be urged to think globally and act locally.

Thus, since the beginning young students at UIII and future youth leaders will interact each other in global and diverse, culturally-rich environment. A plaque and the UIII Master plan Blueprint was given to Zainudin as a token of appreciation for visiting UIII. (fr)