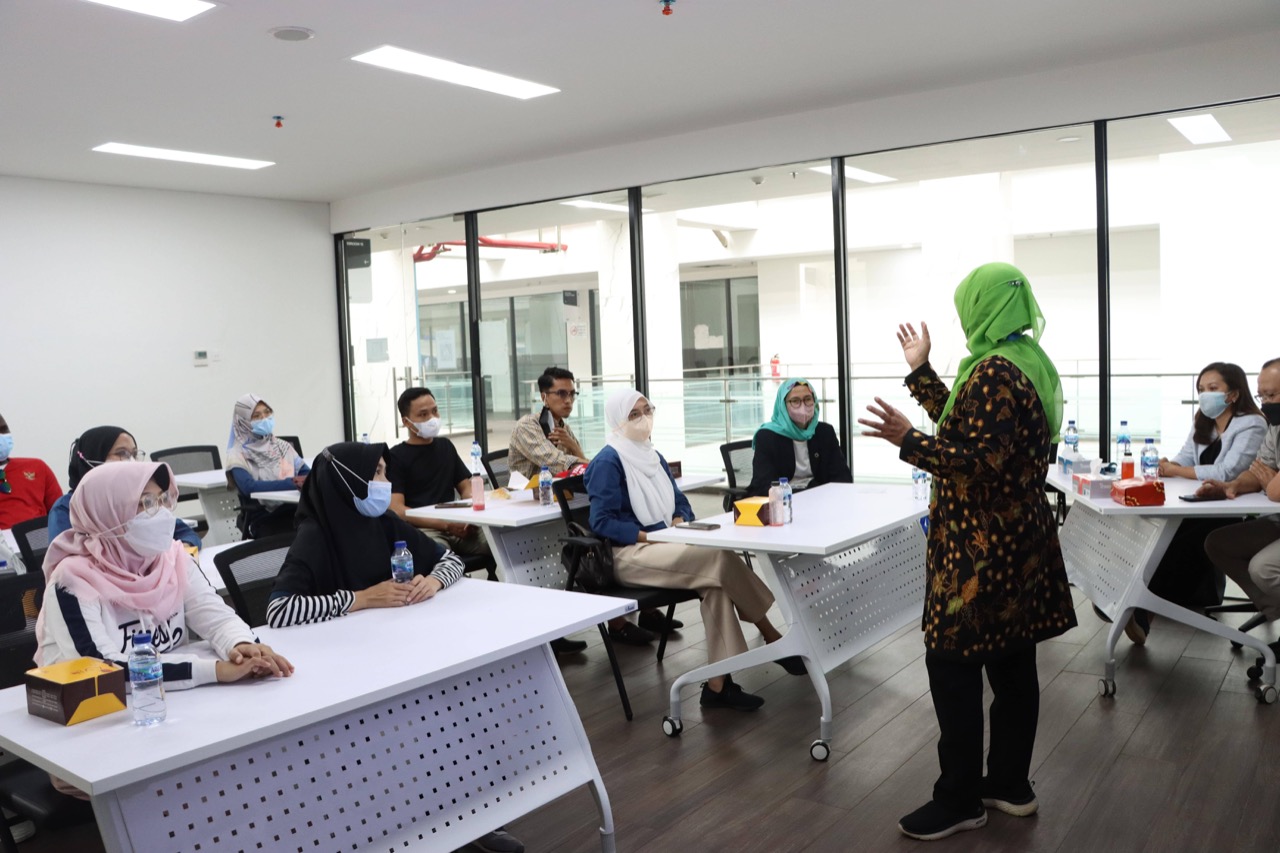 UIII.AC.ID, DEPOK - This month, students of the Indonesian International Islamic University (UIII) have started the second semester of their studies in the 2021/2022 Academic Year.

Unlike the previous odd semester, where lectures were completely conducted virtually due to the Covid-19 pandemic, in this even semester, the classes have been conducted offline, in-person classes. Currently, all UIII students from 20 countries are already settled in their campus dormitories. These students, including those coming from abroad, have arrived gradually since February 27, 2022.

This month, students of the Indonesian International Islamic University (UIII) have started the second semester of their studies in the 2021/2022 Academic Year. Unlike the previous odd semester, where lectures were completely conducted virtually due to the Covid-19 pandemic, in this even semester, the classes have been conducted offline, in-person classes. Currently, all UIII students from 20 countries are already settled in their campus dormitories. These students, including those coming from abroad, have arrived gradually since February 27, 2022. The students have also participated in a series of welcoming events that have been held since March 4, 2022, with the event entitled “Welcome Week” which contains face-to-face introductions, faculty socialization, City Tour of Jakarta, City Tour of Bogor, healthy cycling event with the Indonesian Minister of Youth and Sports, Mr. Zainudin Amali, and other related events. The whole welcoming procession was held not just as a formality or celebration but was intended to make students mentally prepared to study and live in a new environment in Indonesia, far from their area, or country of origin.

It is interesting to hear the statement from Bahrul Hayat, Ph.D., about the physical presence of students on this campus. According to UIII’s Vice Chancellor for Academic, Student Affairs, and Human Resources (HRD), in-person classes or face-to-face lectures are intended in such a way that students are on campus to build academic culture and learning intensity through intensive interaction between students and lecturers, and between students from within and outside the country as an academic community.

This statement seems short but it actually has a deep meaning. He raised the most important aspect of human relations, namely interaction. In the UIII campus environment, this interaction is a crucial factor because it involves human relations with different national, cultural, linguistic, and religious backgrounds. Positive interaction will be achieved if it occurs in a room or environment that is also positive, namely an environment where values already exist, run, and become guidelines for all members to act.

We know that UIII, since its inception, was designed as a center of excellence to introduce Indonesian Islam which has a humanist, moderate, and tolerant face to the international world, and to make Indonesia one of the centers of Islamic civilization. In the midst of the condition of the Islamic world which is slumped by sectarian violence and armed conflicts that have created poverty and underdevelopment, human values ​​such as humanism, moderation, and tolerance are very important.

The civil wars and terrorism that seem to be incessantly engulfing Muslim countries in Asia, Africa, and the Middle East have actually presented a very dark image for the religion of Islam itself. Although terrorism and violence are symptoms that exist in the history of all religions, in the last few decades Islam is the religion that is seemingly identified with such an image. So what should be done to overcome all of that so that a better future is built for the Islamic world and the international world as a whole? Like it or not, we have to turn to the younger generation, because they are the ones who will shape the future. Some of the current UIII students have come from war-torn regions or conflict areas. They witnessed for themselves how violence and war have destroyed the lives of their loved ones and the future of their nation.

In the meantime, Indonesia, where these students live and study at this time, is a relatively safe country. Even though local and transnational terrorist networks and their cells are probably here, and often carry out acts of terror, in general, we can still handle the situation well. The government says that Indonesia is one of the most successful countries in dealing with terrorism. And we believe that. Moreover, there is now a new Anti-terrorism Law, Law Number 5/2018, which further guarantees the creation of a sense of security for the community from acts of terrorism. In a safe place, students can focus more on learning, gaining experiences, and interacting positively with their new living environment. They come from faraway countries, with different cultural and religious values, of course, they have read and understand what and how the campus will be, and where they gain knowledge. Thus, from the outset, it can be assumed that they have gone beyond a process that in the field of anthropology is called “cultural adaptation.” They are here ready to adapt, and that's why they come here.

Through a positive adaptation process, resistance or rejection of the environment and its values will be avoided. On paper, this will not happen because UIII students don't come here with an empty head about this campus. We all hope that what will happen is actually a process of acculturation (encounters) and assimilation (absorption), where each and everyone can interact with each other on the basis of openness and tolerance in accepting differences. Thus there is a cross-cultural process that enriches each other. What we imagine about the future Islamic civilization may be something that we are forming together in the process of this acculturation and assimilation.

Those are some points that we can describe from the statement by Bahrul Hayat, Ph.D., the Vice Chancellor for Academic Affairs, Student Affairs, and Human Resources (HRD) of UIII. We hope that in-person classes or face-to-face lectures, and physical meetings starting this month of March 2022 will encourage the realization of a more solid academic community in realizing the vision and mission of UIII to become a credible world-class educational institution, a reliable research laboratory, and a center for the dissemination of Washatiyah(moderate) Islamic values in an international environment. (AG)