Editorial: Prof. Azra and the Future of Islamic Civilization 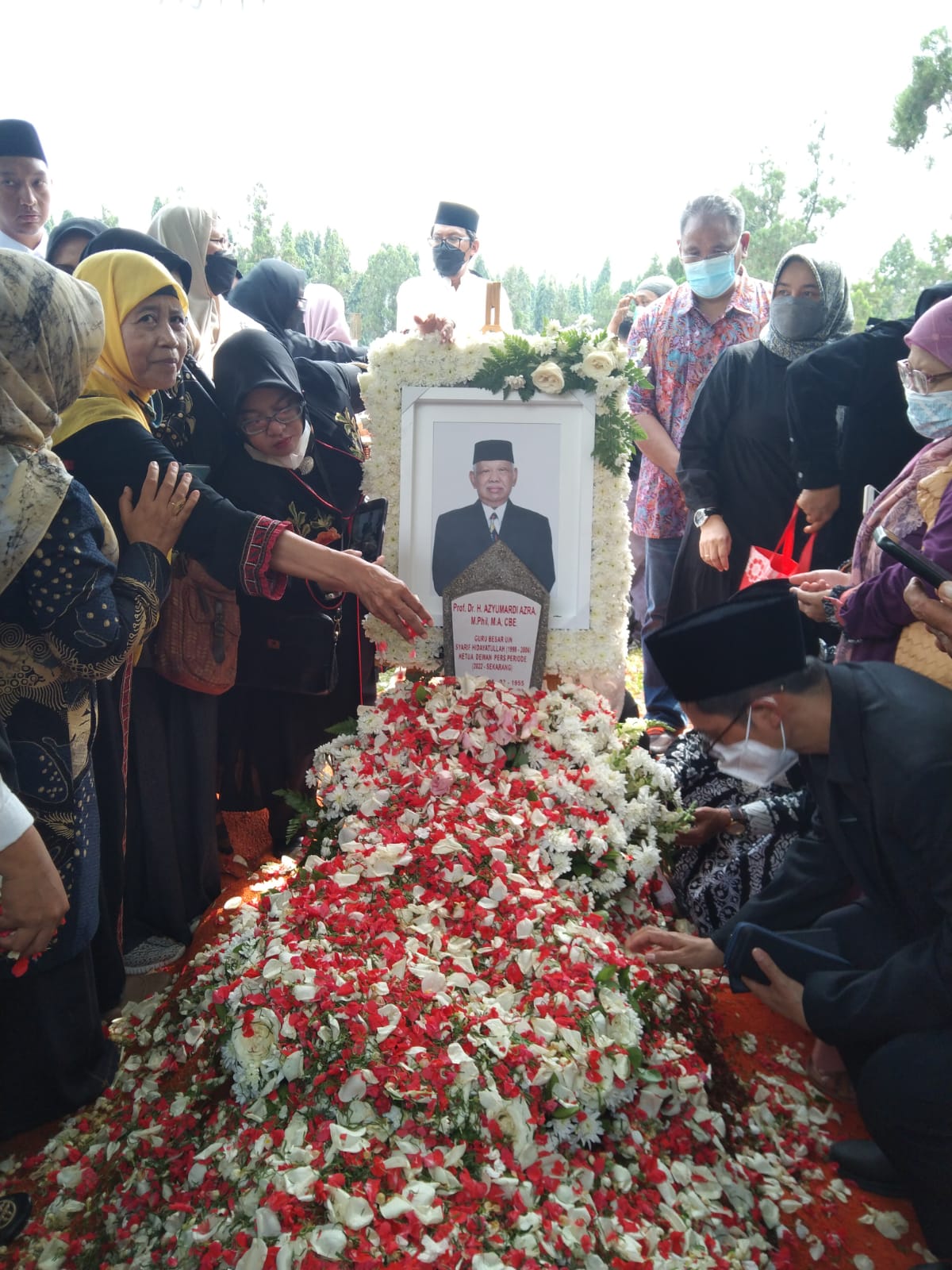 UIII.AC.ID, DEPOK - The passing of Prof. Azyumardi Azra in Malaysia yesterday was shocking. This is because there is no prior information that he had suffered from serious illnesses. He passed away while traveling to Malaysia to be a speaker at the International Conference on Islamic Cosmopolitanism, in Selangor, Malaysia, Saturday (17/9/2022). The hospital in Kuala Lumpur said he had a heart attack. Prior to this, he was actually healthy and in a stable condition.

For many it is definitely a devastating loss, Azra was such a prominent scholar and he has shown himself to be a person who faithfully carries out his life's duties as a true thinker. Flying far away to Malaysia, he wanted to contribute his thoughts about the future of Islamic civilization. He was the right person to talk about this. The power of his thinking is to combine a historical point of view with a future perspective.

Prof. Azra was academically trained as a historian. He completed his doctoral studies at Columbia University, USA, in 1992 with a dissertation on a network of Malay and Middle Eastern Ulama (Muslim scholars) in the Islamic reform movement. But in the development of his intellectual career he went beyond the field of historical studies; he speaks all things that are of concerns to Muslims and the nation.

Of course, this is not just the case of Azra. Many intellectuals in Indonesia seem to be required to understand all things, and are invited to various forums on a wide variety of topics. This may be typical of developing countries like Indonesia, where a scientist not only sits in front of a student teaching in a class but also involved in community actions; writing in the mass media (not just in academic journals); and speaking at diverse forums. Except for those who have indeed chosen from the beginning to simply become an academic.

But Azra is not that type of scholar. Yes, he is also an academic, in fact he is known as a very disciplined and strict lecturer with the presence of students and coursework. Azra is also an academic with an entrepreneurial spirit. During his time as Rector of UIN Jakarta, he changed the traditional campus environment to a modern city atmosphere with magnificent buildings like apartment buildings. In Azra's hands, the campus that used to be called IAIN became UIN. With the name change and transformation to UIN, all scientific disciplines can be taught here, not just religious sciences.

Azra is also active in developing interfaith discourses and activities to strengthen civil society. Because Azra firmly believes that the future rise of Islamic civilization is only possible if civil society organizations work together to strengthen democracy and harmonious and peaceful socio-politics.

That is one of the points he wrote in the paper that was supposed to be presented at the conference in Malaysia last week. Azra spoke about the future of Islamic civilization in the midst of the retreat of Western civilization. But, according to him, Muslims have not been able to take the opportunity to advance amid the setback. In fact, this progress was achieved by China, which is currently able to compete with the West.

For Azra, the lack of progress of Islamic civilization today is because Muslims do not understand history. The historical knowledge of Muslims is only about the glorification of past Islam. Although it is not wrong, it will become a psychological burden. He asserted, "Many Muslims don't learn history, learn from history, take lessons from history, and make history a guide to the future."

Thus, Azra's view of the future is very clear. It is reminiscent of the words of Winston S. Churchill: "The farther backward you can look, the farther forward you are likely to see." Azra's view is also in line with the previous great intellectual, Nurcholish Madjid, who is also Azra's senior at UIN Jakarta. Madjid has often criticized Muslims' glorification of the past. In this case, according to him, the historical past of Islam is not ideal. There are many tragedies, conflicts, and bloodshed among Muslims. Madjid, as well as Azra, admired certain aspects of past Islamic civilizations, especially science, art, philosophy, and civilization of tolerance towards the people non-Muslims. That is exactly what is now missing from the perspective of Muslims who focus on formal enforcement of sharia. Madjid and Azra both reject the formalization of Sharia because it is considered a distortion of Islam.

This is what Prof Azyumardi Azra, a great thinker, prolific intellectual, constantly voiced and fought for in his publishing works. He was very authoritative in speaking about Malay Islamic civilization because of his dissertation on it. He is also recognized by the world as an intellectual of international caliber who managed to make a difference in a more moderate and open Indonesian Islam. Azra must have been one of the happiest persons with the establishment of UIII, because this campus was founded to continue the vision of him and the previous Muslim scholars in making the Malay region as the center of civilization in the Islamic world. Good-bye, Prof Azra, your work is timeless, your name is eternal. (AG)

UIII Rector Inaugurated the Dean of the Faculty of Education

Imagination Brings Civilization From the Discussion of the Book