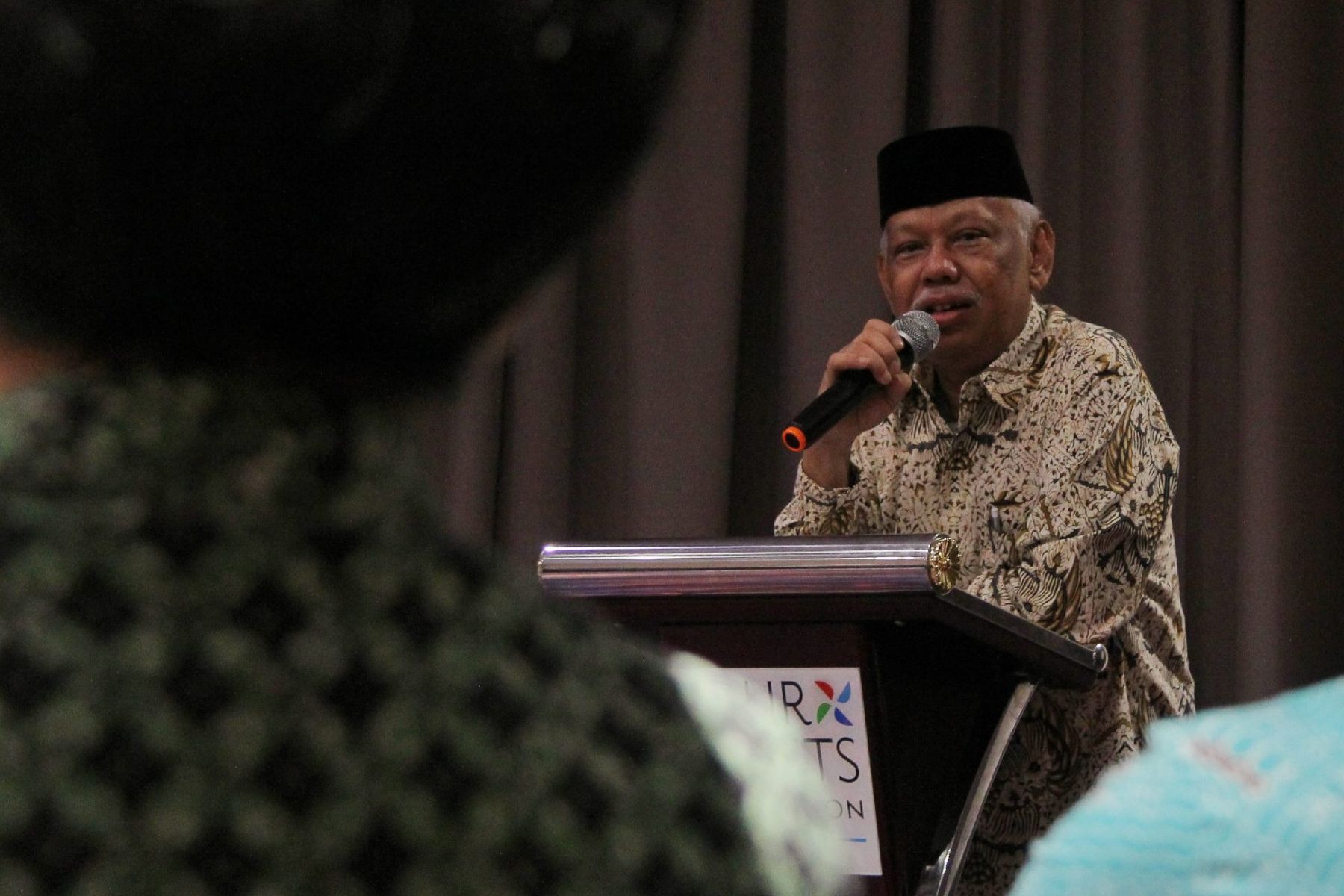 On 18 September, renowned Indonesian scholar of Islam Professor Azyumardi Azra died suddenly of a heart attack. He was in Kuala Lumpur, where he was to participate in a seminar on “cosmopolitan Islam”, doing what he enjoyed so much – sharing his profound knowledge of Islam and deepening understanding through debate and discussion.

Azra was born in Padang, West Sumatra, in 1955. He studied at Columbia University, New York, where he received his PhD in 1992. His thesis was titled “The Transmission of Islamic Reformism to Indonesia: Networks of Middle Eastern and Malay Indonesian Ulama in the Seventeenth and Eighteen Centuries”. It was published in Indonesian as Jaringan Ulama Timur Tengah dan Kepulauan Nusantara Abad XVII dan XVIII (1994), and in English as The Origin of Islamic Reformism in Southeast Asia (2004). This work proved seminal, eventually inspiring a new body of work on the scholarship of Southeast Asian Muslim scholars and their links to Middle Eastern traditions.

But when he first returned to Jakarta’s Syarif Hidayatullah State Islamic Institute in 1992, Azra found Islam in Southeast Asia was understudied. He therefore made it his mission to upgrade the university’s flagship Studia Islamika journal. This became an essential part of his broader goal of helping Southeast Asians to better understand and support Islam as practiced in their region.

Under Azra’s tireless leadership, Studia Islamika was transformed into an international journal that published in Indonesian, English and Arabic. It soon became a leading refereed and indexed journal for studies of Islam in Southeast Asia. Other Indonesian journals have followed in its footsteps, but Studia Islamika was the first.

However, Azra is best known for pioneering the reinvention of Indonesia’s State Islamic Institutes (IAIN). From institutions that taught only religious subject matter, they became universities (known as UIN), where both Islamic and general (secular) sciences were offered. He achieved this transformation first at his own university, Syarif Hidayatullah, in 2002. Often working, arguing, and persuading far into the night, he advanced his vision of new, modern, global education for Indonesian Muslims, despite considerable opposition, both on campus and beyond.

Azra insisted, for example, on establishing a faculty of medicine at the new university, as well as new faculties of psychology, economics and business, science and technology, and social and political science, to mark a real change in its direction. He had his way, and now most other Islamic higher educational institutions have begun to teach these disciplines too. In fact, Azra’s success in Jakarta was soon emulated by other IAINs in Indonesia, triggering a wave of change that means the country now has 29 UINs, an extraordinary tribute to his vision and commitment.

Much can be said about Azra’s contribution to Islamic education and mobilization of Muslims in Indonesia. He argued, for example, that Muslims should develop exceptional schools that studied current problems, such as the environment and sustainable use of natural resources, and not just from a religious perspective. He saw this as essential if Muslims were to achieve better social, economic and political outcomes.

A true public intellectual, Azra also published and spoke extensively – both in Indonesia and abroad – about the compatibility of Islam and democracy. He continually stressed the need to think about the “quality of Muslims” participating in global affairs, arguing that Muslims worldwide should deliver political stability for all people in their countries through democracy. In this way, Azra argued, Muslims could truly implement the teaching that Islam is a blessing for the universe (rahmatan lil’alamin).

Azra was also widely known for his commitment to promoting religious tolerance. He supported the state ideology, Pancasila, as way of bringing together Indonesia’s diverse communities, and publicly denounced extremist Muslims for their treatment of non-Muslims. As rector of Syarif Hidayatullah, he controversially encouraged non-Muslim students to study there, and made civic education compulsory, to ensure all students were familiar with concepts of democracy, human rights and civic values.

These were some of the messages Azra planned to present at the meeting in Kuala Lumpur, as he had at so many other meetings, in so many different places around the world, for so many years.

For those of us who had the privilege to have worked with this extraordinary man, he was “Kak Edi” (Older Brother Edi) – a leader, but also a friend. His sudden death is a great loss to us, as it is for Indonesia’s higher education and scholarly communities. But the global respect Azra had won through his work means that his loss will reverberate around the world.

Editorial: Prof. Azra and the Future of Islamic Civilization

Bima Arya: UIII Has Solid Potentials to Strengthen Networks in the Future