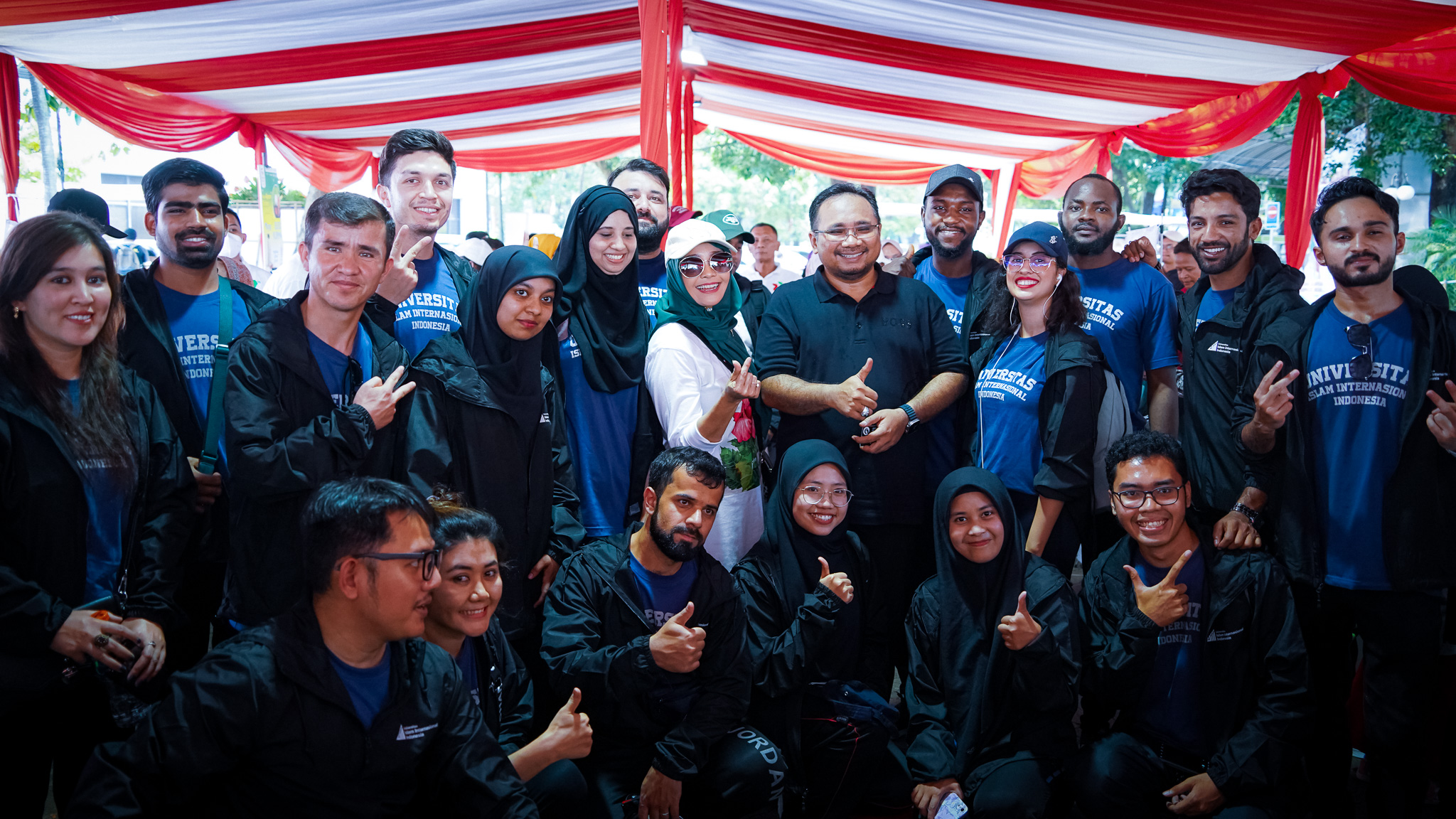 Thirty students of UIII participated in the fun walk of the 77th Hari Amal Bhakti (HAB), hosted by the Ministry of Religious Affairs (Kemenag) on Saturday, January 14, 2023. The Minister of Religious Affairs, Yaqut Cholil Qoumas, opened the event, which was held in the Kemenag building. The theme of this year's HAB is "Kerukunan Umat untuk Indonesia Hebat."

UIII students, who were accompanied by the Dean of the Faculty of Education, Prof. Nina Nurmila, showed their enthusiasm by participating in this fun walk. This is the first time UIII has participated in the HAB event. As a newly established campus, this kind of event can also promote UIII so that more and more people know about it. UIII also hopes to continue to participate in and enliven the HAB Kemenag events in the coming years.

In his speech, the Minister of Religious Affairs spoke about the importance of respecting differences and avoiding division. "We are all together today; nothing is the same; everything is different. This shows that God wants us to be different. We are created differently. We were not created to be the same, the goal is for us to be united. "What is the same does not need to be differentiated; what is different does not need to be equated," said the Minister in Jakarta.

In line with commemorating the 77th Hari Amal Bhakti of the Ministry of Religious Affairs RI, UIII also held a blood donation charity event and other sports events, such as badminton, basketball, futsal, table tennis, and gymnastics. (ANJ)