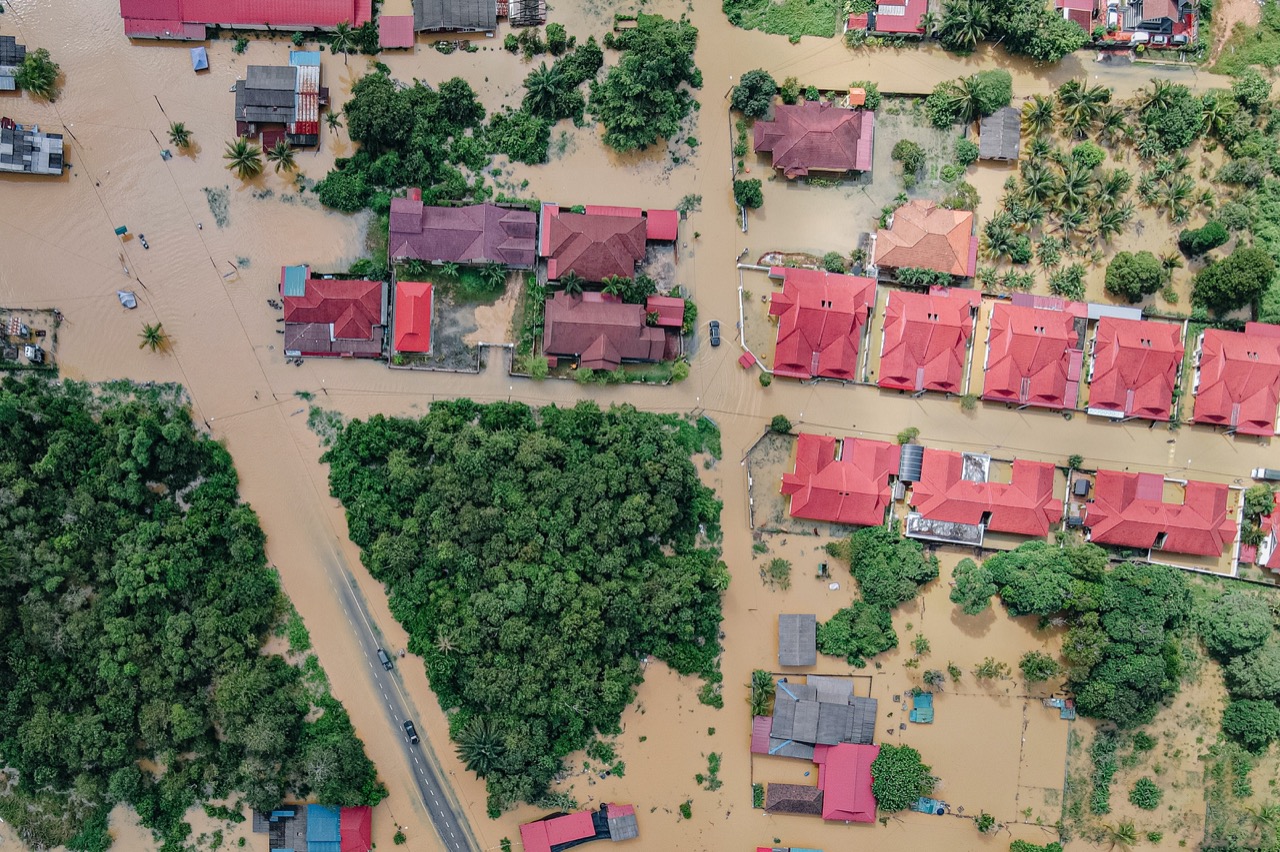 UIII.AC.ID, DEPOK - Intensified rainfall and flooding over the past week have worsened the already precarious humanitarian situation in afflicted places and these have brought damage to areas that had previously been spared the brunt of the extreme monsoon weather.

For the first time this season, Gilgit-Baltistan (GB) province announced calamity-hit districts, and the number of calamity-declared districts in Khyber Pakhtunkhwa (KP) has nearly doubled. Eighty districts have now been branded 'calamity stricken' across the country, including 31 in Balochistan, 23 in Sindh, 17 in KP, 6 in GB, and 3 in Punjab.

In addition, many more districts are purportedly affected despite the lack of an official announcement. According to the National Disaster Management Authority, torrential rainfall and flooding have affected around 33 million people (NDMA). More than 470,000 people live in collective sites, while many more are displaced and hosted by other households.

Sindh and Balochistan remain the two provinces that have received the most rainfall this monsoon, each more than 5.5 times their respective 30-year-average. As a result, over 1.1 million houses have now been damaged or destroyed, with the number of destroyed houses doubling to over 436,000 and the number of damaged houses rising by 63 percent to over 736,000.

Access remains a crucial barrier to the delivery of help and the ability of people to move to safer areas. Almost the last week, 2,000 kilometers of road and 98 bridges were damaged or destroyed, for a total of over 5,000 kilometers and 243 bridges damaged or destroyed in the last 2.5 months. The majority of this rise was in KP, which reported approximately 1,600 km of damaged and destroyed roads as of 1 September, up from just 7 km a week earlier.

Railways have also been affected. Destroyed railway bridges, submerged tracks, and landslides have disrupted routes connecting Balochistan, Sindh, and Punjab, including stretches between Quetta and Taftan; between Quetta and Habibkot via Sibbi; between Hyderabad and Multan via Rohri; and between Kotri to Dadu via Lakhi Shah.

The severe weather has taken a direct toll on human lives, with more than 1,200 people reported to have died, including 244 women, 526 men, and 416 children.

In addition, nearly 4,900 people have reportedly been injured, including at least 2,670 women, 1,281 men, and 816 children. The Pakistan Meteorological Department (PMD) indicates that high flood risks remain along the stretch of the Indus River between Taunsa in Punjab and Kotri in Sindh.

In contrast, the satellite detected water extents mapped by the United Nations Satellite Center (UNOSAT) indicates that of 793,000 km2 of land in Pakistan analyzed between 1 and 29 August, around 75,000 km2 appear to be affected by floodwaters, including some 48,530 km2 that appear to be croplands. Initial estimates on the ground suggest that at least 3.6 million acres of crops/orchards across the country have already been affected, including over 35,500 acres in KP, 304,000 acres in Balochistan, 438,000 acres in Punjab, and 2.85 million acres in Sindh.

The livestock sector has also experienced severe losses, with over 733,000 livestock reportedly killed as of 1 September – 68 percent in Balochistan and 28 percent in Punjab.

According to preliminary data, the infrastructure for water, sanitation, and hygiene (WASH) has been severely damaged. As per preliminary results, 20% of water systems in KP have been damaged, 30% in Balochistan, and up to 50% in the hardest hit areas of Sindh and Punjab.

In addition, floods have reportedly damaged 19 water systems in Balochistan's Lasbela area. The degree of reported damages in flood-affected areas has to be confirmed. The availability of safe drinking water is a significant concern, and communities are increasingly resorting to open defecation, raising the risk of water and sanitation-related diseases. There have already been reports of diarrhea, water-borne ailments, respiratory infections, and skin problems.

Editorial: What Can We Learn from the Floods in Pakistan?