Editorial: Why Should You Study at UIII? 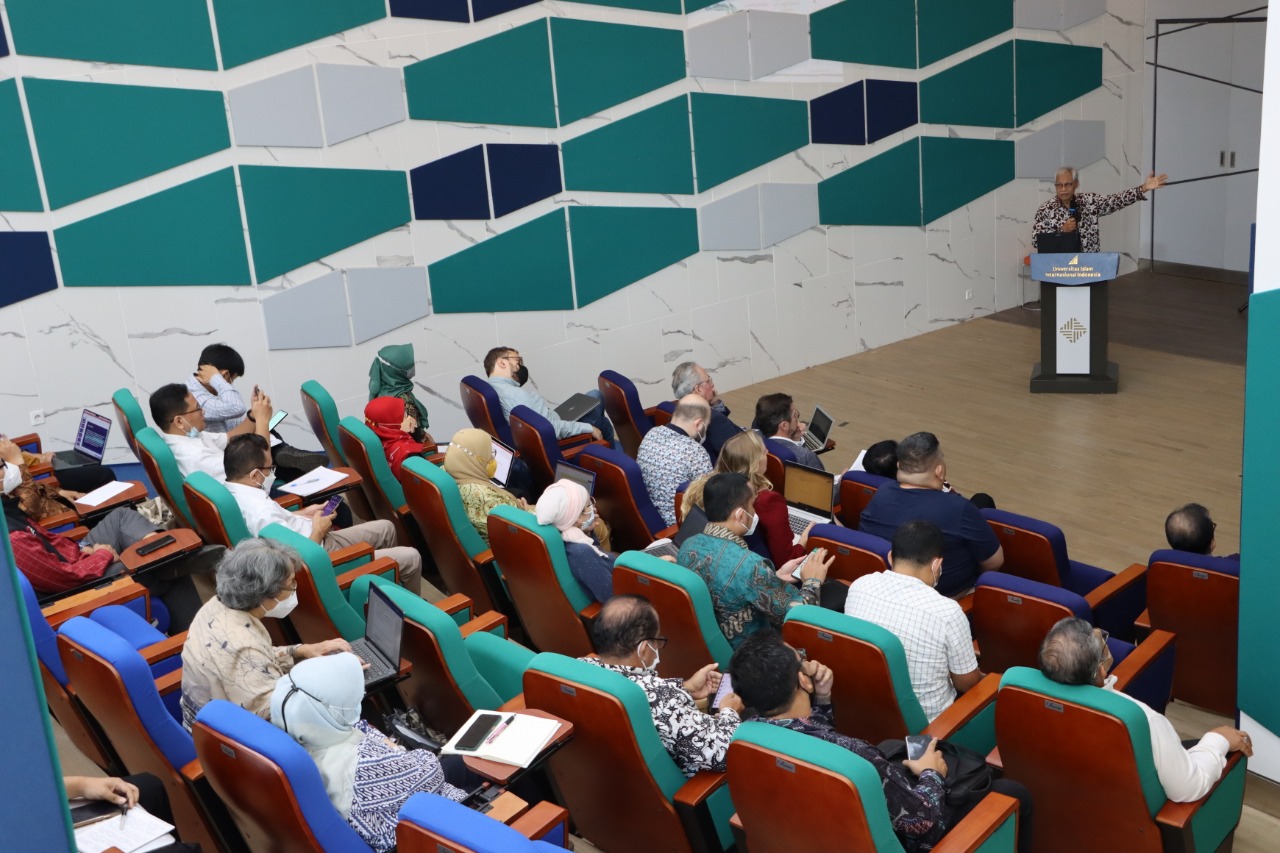 UIII.AC.ID, DEPOK - Choosing a university to continue studying at the master's and doctoral degrees is not easy. Currently, many universities, both public and private, open master's and doctoral programs. That is why many campuses look the same. However, if we scrutinize it further, each campus has its own uniqueness.

You have to carefully check places to study, preferably an environment that supports your career and goals. If you are determined to forge yourself, build a wide intellectual network and friendship beyond geographical and primordial boundaries, then UIII can be your choice.

When all universities open study programs from undergraduate, master, to doctoral levels, UIII takes a different path. Since its inception, the campus has been designed as a graduate level institution, offering only master's and doctoral programs, which are open to both domestic and international students. That way we really focus on producing a generation of scholars, scientists and leaders who have competence at a global level.

UIII was not established to increase the number of existing campuses which were already big in numbers  It is a campus with a special purpose, namely as a diplomacy campus. Thus, the establishment of UIII was considered as a necessity. So far, no university has been established intentionally to introduce Indonesian Islamic culture to the international communities. In other words, UIII not only organizes routine academic activities such as teaching, learning, and research, but also contributes a model of Indonesian Islamic civilization to global civilization through education and networking.

Why Indonesia? As the largest Muslim country, Indonesia is known to be quite resilient in facing the expansion of radicalism. It was not destroyed by acts of terrorism that have swept the world in the last two decades. Meanwhile, many Muslim countries in the Middle East has gradually become a battlefield in the name of jihad, which destroyed those countries. Sectarian conflicts and wars, such as in Iraq, Syria, Afghanistan, and other Muslim countries, have also been tried to be waged in Indonesia by groups supporting global jihad. But such attempts were never successful. Why? Because the original character of Indonesian Islam is moderate Islam. Here Islam shows its smiling face -- as rahmatan lil alamin (goodness for all).

This kind of Islam has so far not been conveyed to the international communities. As a result, the world only knows Islam from its blurry face: radicalism, terrorism, and war. UIII realizes the importance of changing that image by involving youths from all over the world. On the occasion of the campus groundbreaking for the UIII construction site on June 5, 2016, the President of the Republic of Indonesia, Joko Widodo, stated that Indonesia is the largest Muslim country in the world, therefore this moderate Indonesian Islam should be a reference for world Islamic civilization.

The President's hope is in line with UIII's vision to become a 'showcase' and at the same time a 'window' for Indonesian Islam to the world, and at the same time, become the most important part of Indonesia's soft diplomacy to the international communities, and in turn, contribute to world peace.

In addition, there are many advantages if you become a student at the campus that stands majestically on an area of 142.5 hectares. In religious learning, UIII combines a Western-style methodology that emphasizes contextuality and a Middle Eastern-style methodology that emphasizes textuality such as memorizing the subject matter. Therefore, many UIII lecturers are also alumni of Western and Middle Eastern universities, in addition to guest lecturers from many different countries with various scientific fields.

Even though it is a campus labeled with Islam, the vision carried by UIII is inclusive and universal. UIII students are not only those who are Muslims but also those who profess other religions. And because the students come from various countries, the environment that is developing there is multicultural in nature, where everyone has to learn to live and acknowledge differences. They all live in a spacious on campus housing which can be reached by bicycle.

As a green campus, UIII by design minimizes the use of motorized vehicles. Lecturers and professors who live in housing around campus also use bicycles to go to campus. All bicycles are a donation from the Indonesian Ministry of Youth and Sports.

Of the total campus area of 142.5 ha, only 20 percent is currently filled with buildings, the rest remains open and green areas. The location of this campus is also not too close to the capital city of Jakarta so it avoids the noise, but also not too far --- it only takes 30 minutes to drive to the center of the capital if you want to enjoy the great atmosphere of Jakarta at night.

If you are determined to learn while expanding your intellectual network and global friendship, and if you want to be involved in building a new and better world, then UIII is the right place for you.

Online student admission has been open since May 15, 2022. Admission for the first batch this year will be closed on June 30, 2022. Followed by the second batch of admissions which will be closed on July 23, 2022. Further information regarding admissions and how to apply to UIII can be accessed through the website: uiii.ac.id/admissions.

So, submit your application soon! (ag)