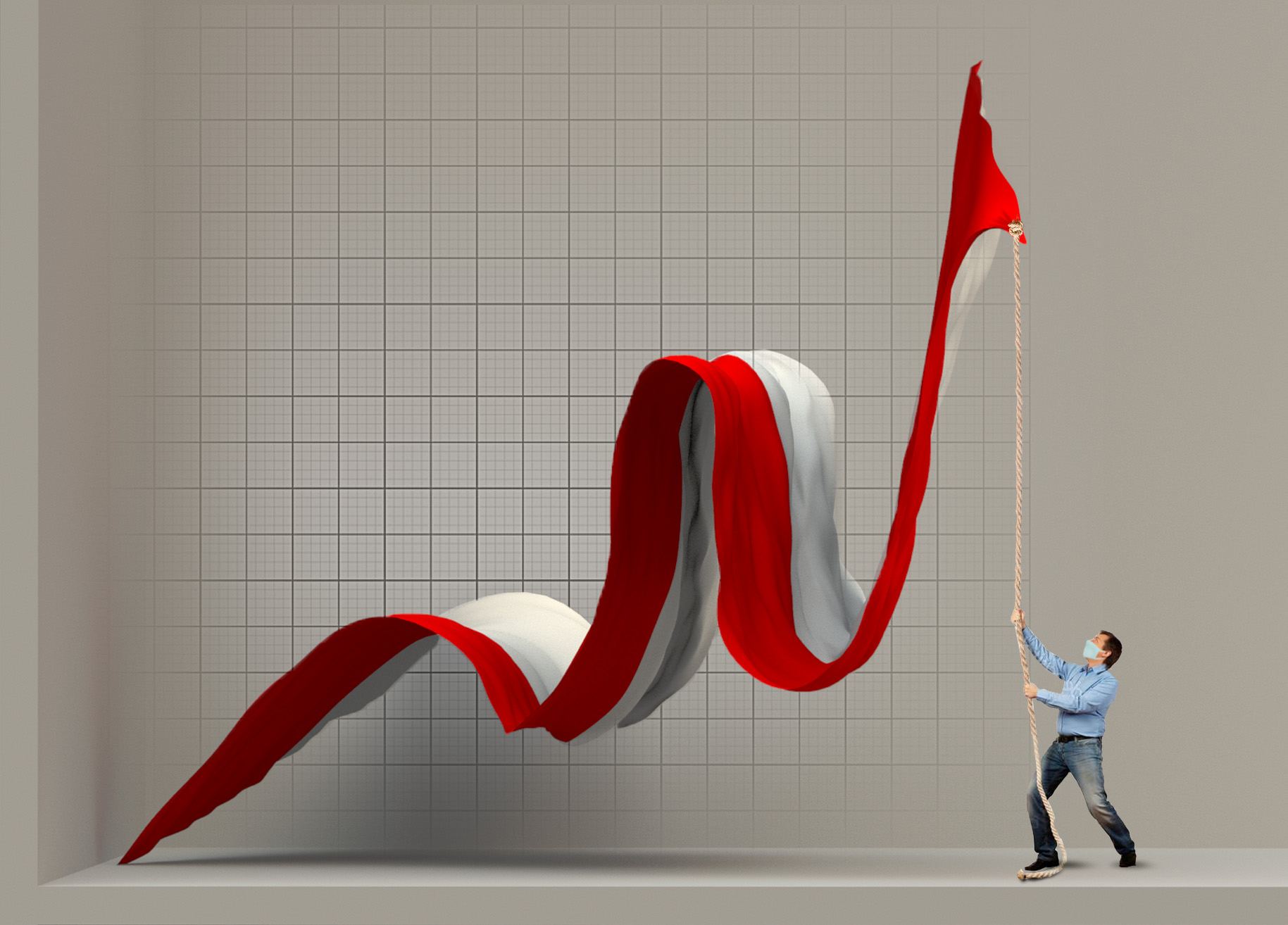 The rapid spread of COVID-19 in Indonesia is worrying. Everyday there is an increase in the number of new cases, known as the “daily positive cases,” and in recent days the average number has reached above 20,000 cases per day. The National COVID-19 Task Force recently stated that Indonesia had entered the second wave of the COVID-19 pandemic. Positive cases in Indonesia have surpassed the spike that occurred in January 2021. At that time, the rate of COVID-19 transmission in a week reached 89,902 cases. Meanwhile, this week, the number of cases reached 125,396.

Up until this editorial was written, the total positive cases of COVID-19 in Indonesia had reached 2,178,272. Of these, 1,880,413 people were recovered, 58,491 people died and 239,368 people were either in treatment or “self-isolation.” Seeing such conditions, the government has taken a number of precautions. Last Thursday (01/07), for example, President Jokowi set the implementation of emergency restrictions on community activities known as “PPKM'' in Java-Bali to reduce the transmission rate of the COVID-19. The PPKM is valid from July 3rd to July 20th 2021 and applies in 6 provinces and 44 regencies in Java-Bali areas.

We fully appreciate the government's swift efforts in responding to the second wave. The implementation of PPKM is indeed an appropriate anticipatory step. However, we also hope that it will be followed by law enforcement, so that it has a significant effect on people's obedience. It is no secret that one of the reasons for the rapid spread of COVID-19 in Indonesia is the lack of public compliance with health protocols. We can see that in many places, such as markets and people’s gatherings, some people still don't wear masks or keep their physical distance.

In previous weeks when the National COVID-19 Task Force released the daily updates, we were presented with good news regarding the number of people who recovered compared to new positive cases. Unfortunately in recent weeks, the updates have been dominated by those who have tested positive. The good news was quickly replaced by alarming news as hospitals keep filling up with new COVID-19 patients, putting the country’s health facilities on the brink of collapse. Two most dominant causes of the second wave are the emergence of the new variant of COVID-19, namely the Delta variant originating from India which spreads faster and weak implementations of health protocols.

It looks like all COVID-19 restrictions have bred boredom among the people, consequently loose implementation of the “prokes” (health protocols) is considered as relaxation. Another factor is because many people seem to think that the virus has disappeared. The indications are easy to find from many activities in public spaces that somehow suggest that we have returned to normal. The people are not the only ones to blame, because some of the events that invite crowds also involve government officials, such as regents and governors. Of course, seeing this makes people wonder: if government officials are returning to normal life, why can't society do the same thing?

Fortunately, we have not lost the good example entirely. In the midst of the increasingly rapid COVID-19 transmission, the world's attention is captured by a place which has not recorded a single positive case of COVID-19 among its population. The source of this fascination is the Baduy Tribe living in the southern part of Banten Province. The area is actually not that far, only around 5 hours drive from Jakarta. However, the Baduy really sets an example of wisdom that has been forgotten by many of us who live in modern urban society.

The Baduy live in seclusion and the outside world knows that they are the inheritors of ancient wisdom that still persists in the modern world. They live in traditional ways, shutting themselves off from the influence of modernization. There are no vehicles for transportation, no electronic devices, even the use of footwear (sandals or shoes) is not allowed because it is considered to “create a distance from the earth.” Therefore, they completely unite with nature.

It might be surprising to find that the Lebak Regency where the Baduy live, is listed as a fairly dangerous area because the number of COVID-19 cases there keep increasing, spreading across 28 sub-districts, but astonishingly the virus cannot penetrate the Baduy area. In other words, after a year and a half of the COVID-19 pandemic raging and claiming many victims around the world including remote parts of Indonesia, the Baduy area still has zero COVID-19 cases — at least until this editorial was written. How could it happen? The answer lies in the local wisdom.

As soon as the government announced that the Coronavirus had entered Indonesia last year, the traditional leader of the Baduy community immediately ordered its people who were outside to return home, and prohibited those who were in the village from going outside and leaving the area. Like students to their teachers, all Baduy continue to follow the orders of their traditional leader without asking too much, let alone arguing. When the leader asks the Baduy to follow strict health protocols when they meet tourists, they keep their distance and wear masks. Of course, as indigenous people who have faith in ancestral spirits and the power of the universe, they also cast spells to protect their community from the virus.

What a wise example! They are aware that the COVID-19 pandemic is everyone’s concern, not just the government's. By obeying their traditional leader, they obey the government as well, and they have reaped the results — the Baduy area is a COVID-19 safe area. The government has worked very hard. The health care workers also have put in their energy and time day and night, working tirelessly. Countless health care workers have died while carrying out this noble task. In such conditions, especially when our country is entering the second wave of the COVID-19 pandemic: do we still have the heart to demand the government and health care workers to work even harder while we continue to ignore all precautions made? Wouldn't it be wiser if we also took the initiative to protect ourselves, our families and people around us by implementing strict health protocols.

Friends, let us once again learn the great wisdom from the Baduy. (ag)