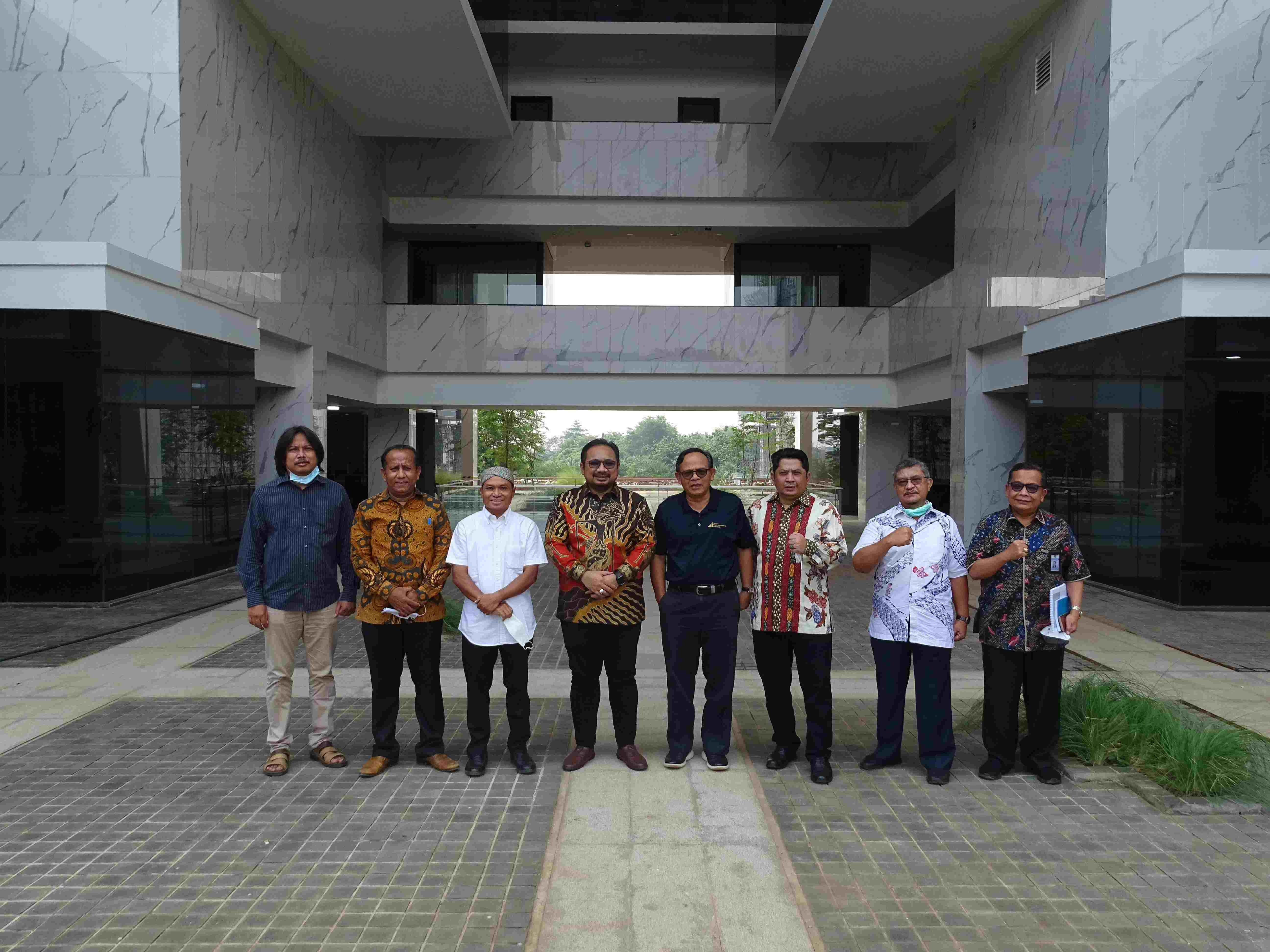 UIII.AC.ID, DEPOK - This affirmation was conveyed by the Minister of Religious Affairs, Yaqut Cholil Qoumas after a sudden visit to review the progress of the construction of the UIII campus in Cimanggis, Depok.

According to the Minister of Religious Affairs, his presence in Cimanggis was to see firsthand the progress of the construction and the preparation of the academic curriculum. “Gus Menag” - the name bestowed upon him by his peers, assessed that physically, the progress of the campus is increasingly positive.

Yaqut was accompanied by Muhammad Ali Ramdhani, the Director of the Directorate General of Islamic Education, then welcomed by the UIII Secretary, Chaider S. Bamualim at the Faculty A Building Meeting Room.

"We also discussed with the Rector and the other UIII Officials regarding the readiness to hold lectures this year," explained Yaqut.

"We are all eager and optimistic, and if God willing, UIII is ready to commence its first academic year," he continued.

The Minister of Religious Affairs hopes that the existence of the UIII campus will later become a legacy for the nation of Indonesia and the world civilization, and endorses UIII to provide certain study programs in the future that could not be found in other educational institutions. (fr)

UIII Campus Inaugurated in 2022, These are the First 4 Faculties to Be Opened

UIII's Board of Trustees held a meeting on UIII's Campus