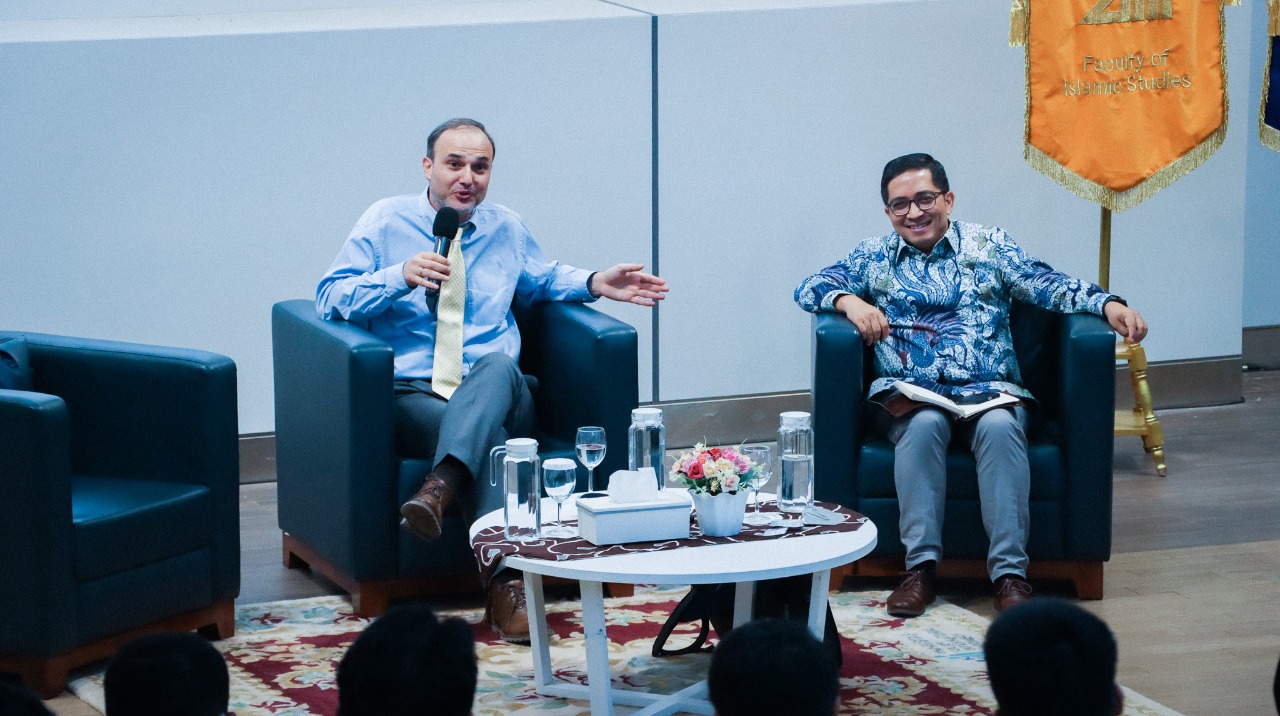 Previously, Prof. Ahmet T. Kuru had the opportunity to be a guest lecturer at the Faculty of Social Sciences, which was done virtually. During one semester, the topic of discussion in class was related to political science, sociological perspectives, and literature about Islamic studies.

"We discussed big questions such as: what is the source of underdevelopment in Muslim societies?" How can they compare authoritarianism and democratic progress? "What are the differences historically between the West and the Muslim world, and the rest of the world?" he said.

In addition, in class he also discussed the source of Muslim achievement in the Golden Era, early Islamic history, and how we can reproduce it today. This was done to reproduce a Renaissance and economic and philosophical progress. "So, my students were really enriched by the discussion," stated Prof. Kuru.

He expressed his joy when teaching at UIII and hopes to return to teaching on campus. In his view, the great feeling of visiting the UIII campus means that not only Indonesia but the entire Muslim world considers Indonesia to be crucial for the future of the Muslim world as the largest Muslim democracy. But as an institution, UIII, is an Islamic international university, that brings together social sciences and Islamic studies It brings together many Muslims from all over the world. "So there is the intellectual freedom and academic freedom for me to teach my students and design my syllabus."

Currently, he is also collaborating with the Faculty of Social Sciences on a new journal, Muslim World Review, published by the UIII. He hopes that cooperation with UIII can continue, especially in terms of teaching, scientific journals, publications, and academic research. "I am happy to see that UIII is now offering a PhD program, and I wish success to all of my students in their future careers," he said.