Greg Barton: Project Like the UIII Campus is Definitely Needed 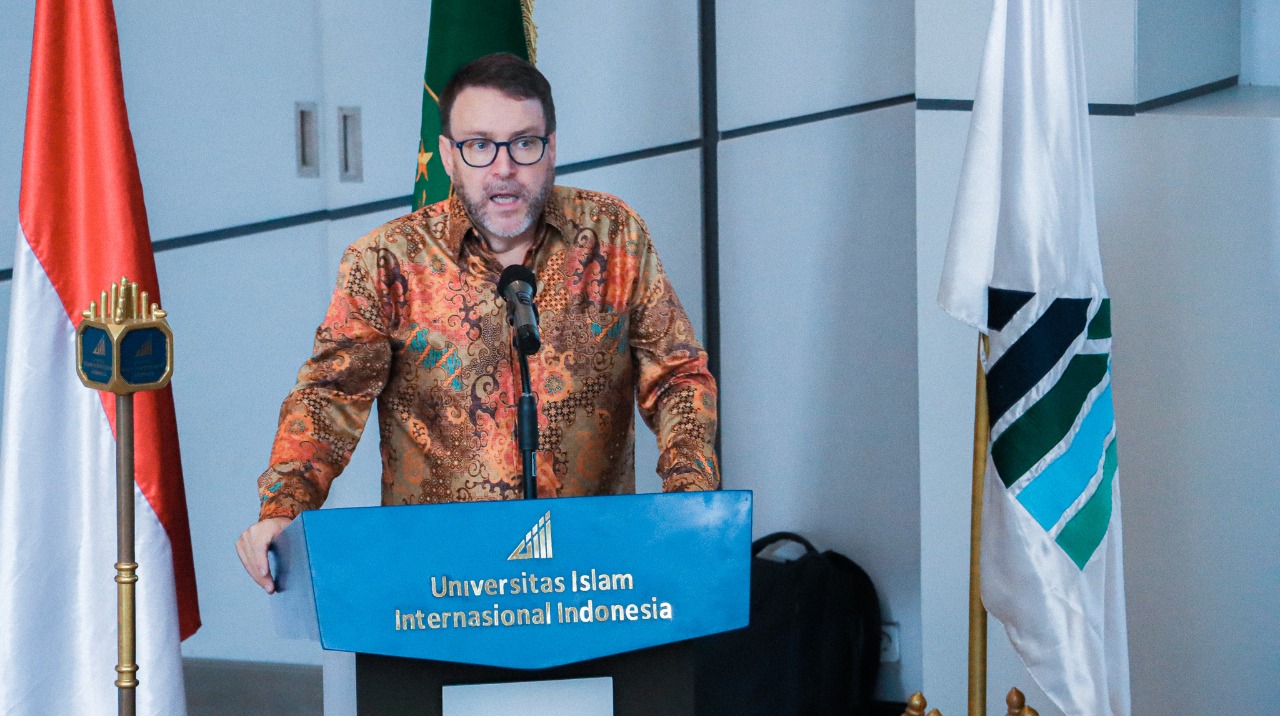 UIII.AC.ID, DEPOK - Research Professor and Chair of Global Islamic Politics at the Alfred Deakin Institute for Citizenship and Globalisation, Greg Barton, had the opportunity to speak at a brownbag series held by the Faculty of Social Sciences on Wednesday, October 12, 2022.

On this occasion, he talked about community development and responses to violent and hateful extremism and conflict violence in East Africa and Southeast Asia. He said that the topic is relevant to the research he has worked on for the last three decades.

"But before that, I've spent a long time researching civil society and progressive Islamic thought, and this three-year research project in Indonesia, the Philippines, Mozambique, and Kenya is about figuring out what we can and should do. What we should be aware of when it comes to doing community development and humanitarian interventions in areas that are dealing with problems of hate, violence, and conflict is how we can better integrate what we do so that it brings a more universal good," he said.

In his view, this is a new research, so there is still no general agreement on these things. However, he feels that civil society groups, activists inspired by religious values, particularly Islam, have played a really vital role in countering hate and extremism. "And this project is an attempt to document that and understand it better," he said.

Delighted to be at UIII

Greg Barton explained that he felt encouraged to see the UIII campus in person. In addition, by coming directly to the UIII campus, he felt optimistic about the UIII campus project. "It's long been the case that Indonesian Islam has remained a kind of secret, partly because of barriers of language, and people have not appreciated the level of intellectual activity, the creativity, and the depth of understanding that has been developed in Indonesia," he stated.

According to him, Indonesia is the world's Muslim circle geographically, and intellectually, it is the center of world Islam. However, to communicate this to the world, according to him, a project like the UIII campus is definitely needed.

"I have great optimism that this will go a long way. This is, of course, of benefit to Indonesia, but it is beyond just Indonesia by itself. The rest of the world, the entire planet, has a lot to learn from Indonesia, including in religious tolerance and understanding. So I think it's wonderful that in 2022 we begin to see this coming to fruition," said Greg. (ANJ)

Built in Depok, UIII is Projected to Become a Trendsetter for Islamic Research

Secretary of the Faculty of Islamic Studies: Visiting Scholar to Strengthen UIII-Edinburgh Partnership