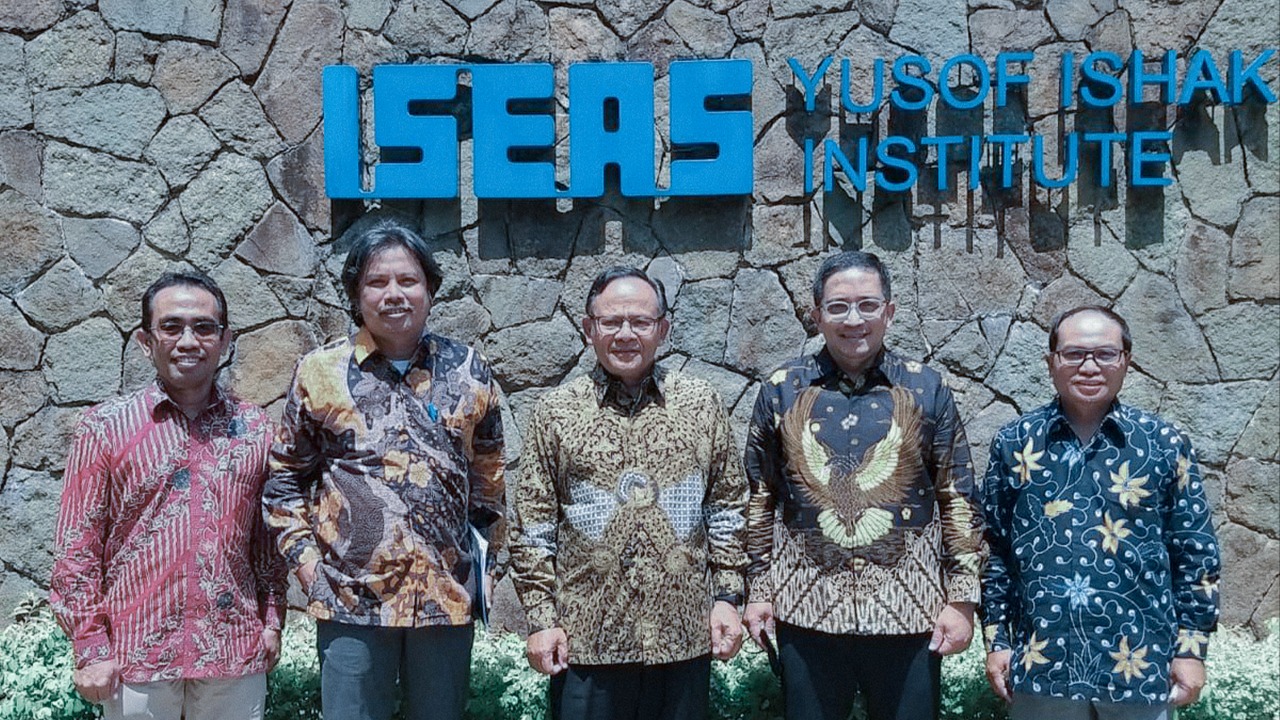 On the first day of the event, the Rector of UIII gave a keynote speech about the major groups of religious thoughts in Indonesia, namely the pluralist and conservative Islamist groups. He explained that pluralism is more dominant in Indonesia because it is supported by two major Islamic organizations, namely Nahdlatul Ulama (NU) and Muhammadiyah. In addition, he told the audience that pluralists have a pattern of thought that is more suited to the existence of a modern, pluralistic society of Indonesia.

He also explained that conservative Islamist groups were more influenced by transnational Islamic thought that wanted to implement Salafi-style Islamic law. The Rector of UIII also exemplified UIII's position as an essential element in developing a pluralist Islam that is more suitable for Indonesia and the Southeast Asian region.

On the next day, the UIII officials met with Mr. Choi Shing Kwok - Director and CEO of ISEAS, Dr. Norshahril Saat - ISEAS Program Manager, and several senior ISEAS staff. In this meeting, discussions took place to discuss the cooperation between UIII and ISEAS. The follow-up to the discussion of this collaboration is proposed to hold a Memorandum of Understanding (MoU) between the two institutions.

The future collaboration between UIII and ISEAS will involve joint workshops and research. In addition, the future partnership between the two institutions will also send Singaporean students to study at the UIII campus.

During this visit, the Rector of UIII was accompanied by Prof. Jamhari Makruf (Vice-Rector for research, collaboration, and community service), Dr. Philips J. Vermonte (Dean of the Faculty of Social Sciences UIII), and Dr. Phil. Syafiq Hasyim (Director of Library and Culture at the UIII). Previously, Philips Vermonte and Syafiq Hasyim were fellows at ISEAS. (AA/ANJ)