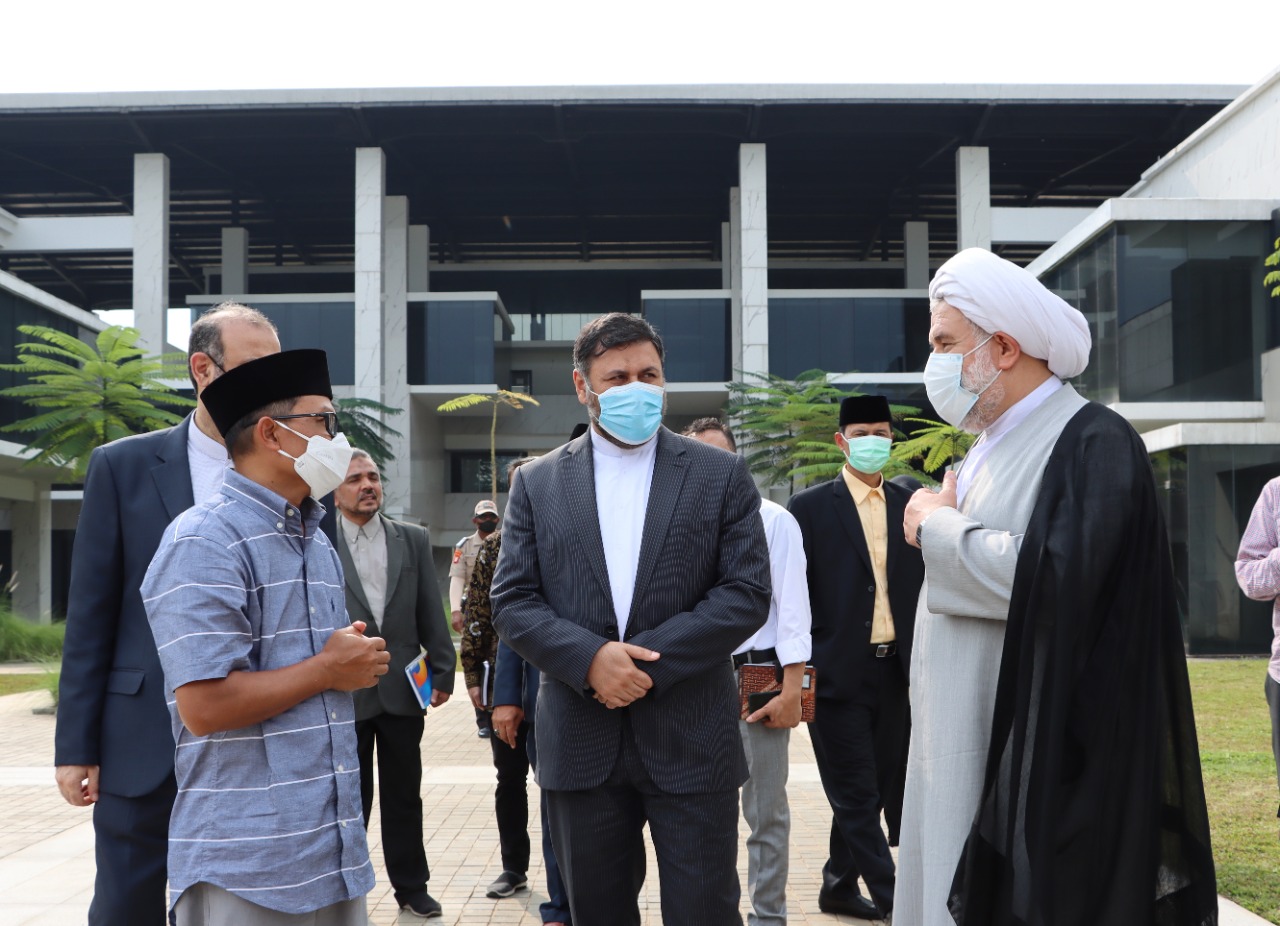 UIII.AC.ID (Depok). On Monday, June 13, 2022, the International Islamic University of Indonesia (UIII) hosted a meeting with Al-Mustafa International University (MIU) and the Embassy of the Islamic Republic of Iran at the UIII campus in Depok, West Java. During this visit, MIU President Prof. Dr. Ali Abbassi met with the UIII Vice Rector for Research, Cooperation, and Community Engagement, Prof. Dr. Jamhari.

During MIU's visit to UIII, Jamhari revealed various things, one of which was the potential for academic collaboration between the two universities. Staff and student exchanges, and establishing research collaborations are among the top priority of partnership possibilities considered by both organizations. Furthermore, a follow-up visit by UIII campus leaders to the MIU campus in Iran is expected to be conducted in 2023.

Ali Abbassi further indicated that a Memorandum of Understanding (MoU) between MIU and UIII is sought in the near future to establish this collaboration. This is in line with his objective of unifying Muslims and attempting to approach Islam and develop harmony among them.

Ali Abbassi also shared with UIII's representative some interesting facts about MIU, like the number of MIU branches in many countries, the diverse backgrounds of MIU students from multiple Islamic and non-Islamic schools of thought, and the fact that male students outnumber female students, compared to the average Iranian student on other campuses.

M. Rifqi Muna, the head of the UIII Academic Senate, stated that these two universities share the same vision and goals, implying that future connections will be fruitful for both sides. He also believes that because of a large number of scholars generated, there is a need for a thorough partnership between the two universities. "Because Iran has numerous scholars in various fields such as Islamic studies, Humanities, Science, and others, there is a need for comprehensive cooperation between UIII and MIU," Rifqi added.