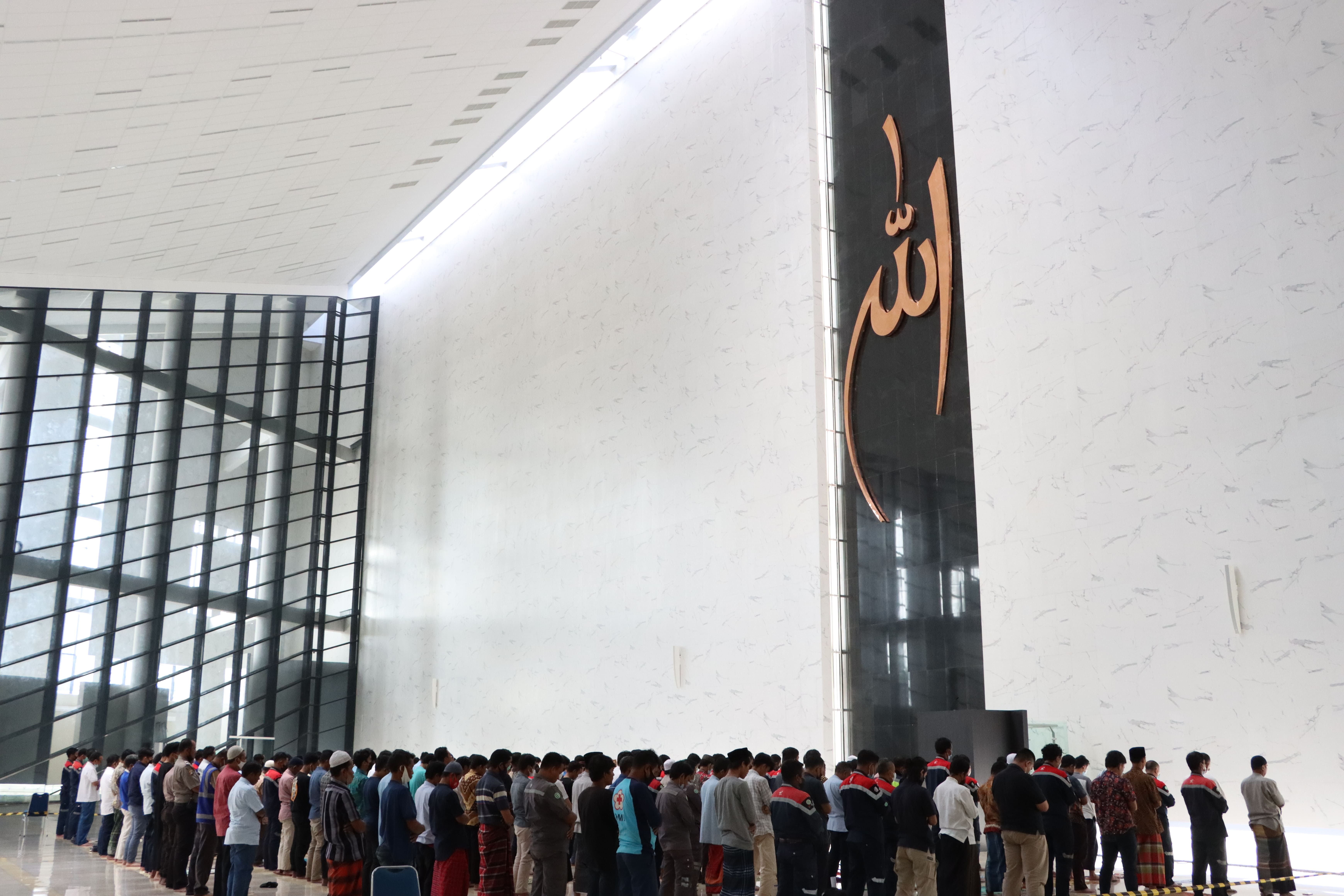 A view inside of the mosque while Muslims around UIII worships

Friday the 3rd of December 2021 marked a watershed moment for UIII campus. On that day, the UIII's Mosque, Rahmatan Lil Alamin, successfully held Jumu'ah prayers for the first time.

There were three key people in charge of the event. The Imam was Dr. K.H Ilyas Marwal, the Khateeb was Professor Komaruddin Hidayat, the Rector of UIII, and the Muezzin was Muammar Kadafi, Lc, MA. The heads and personnel of UIII, as well as representatives from Waskita, PP, and Adhi Karya corporations, all took part in this event.

Before the event, Professor Amsal Bakhtiar, the Director of Human Resources and Business Development, stated that the event followed strict health protocol considering the overall number of people who came to worship was over 121 people.

Although the Mosque is not yet available to the public, UIII hopes that the number of worshipers will continue to increase after the official launch of UIII next year.