Imagination Brings Civilization From the Discussion of the Book 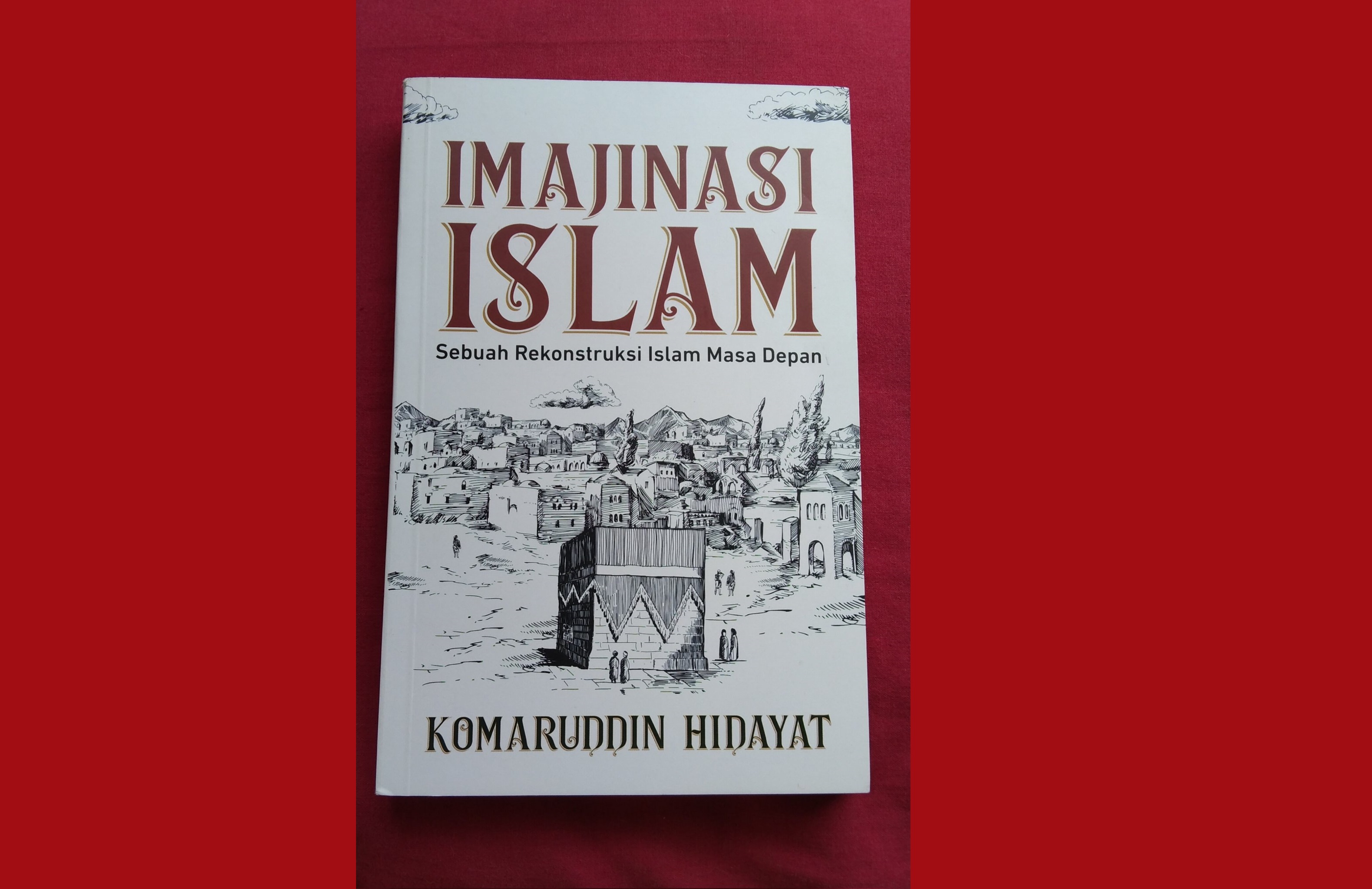 According to the organizers, this event is also a gift to Prof. Komaruddin Hidayat who on that day celebrated his 68th birthday, therefore the event was entitled "The Celebration of Thoughts". Acting as a resource person at the event was Dr. Budhy Munawar-Rachman, Prof. Nina Nurmila, Ph.D., Pastor Sylvana Apituley and Dr. Haidar Bagir, moderated by Dr. Neng Dara Affiah.

The book discussion, which took place from 19:30 to 22:00 (Jakarta Time) was attended by more than 500 participants from intellectual circles, activists, and Prof. Komaruddin Hidayat's colleagues. The Islamic Imagination book is just one of dozens of books born from the hands of Prof. Komaruddin Hidayat. Prior to this book, the Rector of the Indonesian International Islamic University (UIII) also wrote many books on the themes of religion, philosophy, psychology, and culture.

In the book Islamic Imagination, Prof. Komaruddin Hidayat wrote that the Islam brought by the Prophet Muhammad was the spreader of light and energy of civilization. Muhammad became a historical actor of unparalleled greatness and influence. In just two decades, the narrative landscape of the Arab ignorant society changed revolutionarily. Mecca and Medina became the fountain of world civilization. Its teachings and adherents continue to grow to this day, breaking through the boundaries of continents.

However, the Arab-Islamic world which had triumphed until the 12th century declined, and then turned into the hands of the Ottoman empire, and ended with the outbreak of the World War I. Since then the Islamic world has been far behind from Europe in building a civilization that was once proud of, for example the superiority of science, economy, and military. Islam, which has always been praised and believed to be the solution for humanity, has not yet been able to solve its own problems. The Islamic world is now divided into narrow alleys lined by walls of tribalism, dynasticism, party-ism, and mazhab-ism. That's what lies behind the birth of the Islamic Imagination book.

Haidar Bagir, who appeared as the first commentator, stated that the breadth of Islamic teachings is contained in the use of the word imagination. In Sufism, the use of the term imagination is very central, which is called “creative imagination.” Even in science, imagination is very central. He gave the example of Albert Einstein who preferred to call himself an “artist” rather than a scientist, because all of his discoveries, including the theory of relativity, were built on “creative imagination” rather than “scientific” matter. The CEO of the Mizan Publishing Group hopes that this book by Prof. Komaruddin will encourage many Muslims to revive the Islamic imagination that once triumphed, so as to give birth to leaps of progress in the fields of science, philosophy, culture, etc., which underpin the birth of civilization.

Appearing as the second speaker was Prof. Nina Nurmila, the Dean of Faculty of Education at UIII, who gave her appreciation for the Islamic Imagination book which she associated with one of the teachings of Islam as “rahmatan lil ‘alamin.” She called this book an important counterweight to the phenomenon of religious life these days which tends to be formalistic. People already feel very pious by performing the dhuha prayer in congregation, tahajjud prayer, veiling, etc., but in their daily life they do not reflect Islamic morals. The formalistic tendency in religion has paralyzed the imagination of Islam which actually transcends narrow and rigid boundaries.

Budhy Munawar Rachman specifically highlighted the issue of future Islamic reconstruction, which is also the title of this book. This Driyarkara School of Philosophy lecturer confirms the view in this book that in the past, Muslims have indeed reached the glory and peak of a glorious civilization. However, all of that seems to be lost in time. Muslims experienced backwardness. This, according to Budhy, is because Muslims have lost the vital elan or ethos of civilization. To rebuild Islamic civilization, Muslims must interact with international norms such as democracy, human rights, freedom of religion, etc.

The final speaker was Sylvana Apituley from the Society for Interreligious Dialogue (MADIA). Like Budhy Munawar, Syilvana also emphasizes the term “reconstruction” in the book. As a pastor, Sylvana admits that she has been involved in the reconstruction of Christian theology for a long time. She imagined a new theology that was compatible with the new age, and met with post-colonial ideas that forced Christianity to be self-critical. "A post-colonial approach is needed to free ourselves from the potential hegemonic forces that dominate other people's beliefs," said Sylvana. She hopes that the imagination of Islam can be shared with the imagination of other religions, so that it becomes a common force in building (and re-building) civilization.

The discussion ended with the reading of a poem by Ahmad Gaus entitled “Imajinasi Islam” by Indah Ariani, a journalist and women's activist, followed by stories and testimonies from several colleagues and family regarding the figure of Komaruddin Hidayat. (ag)