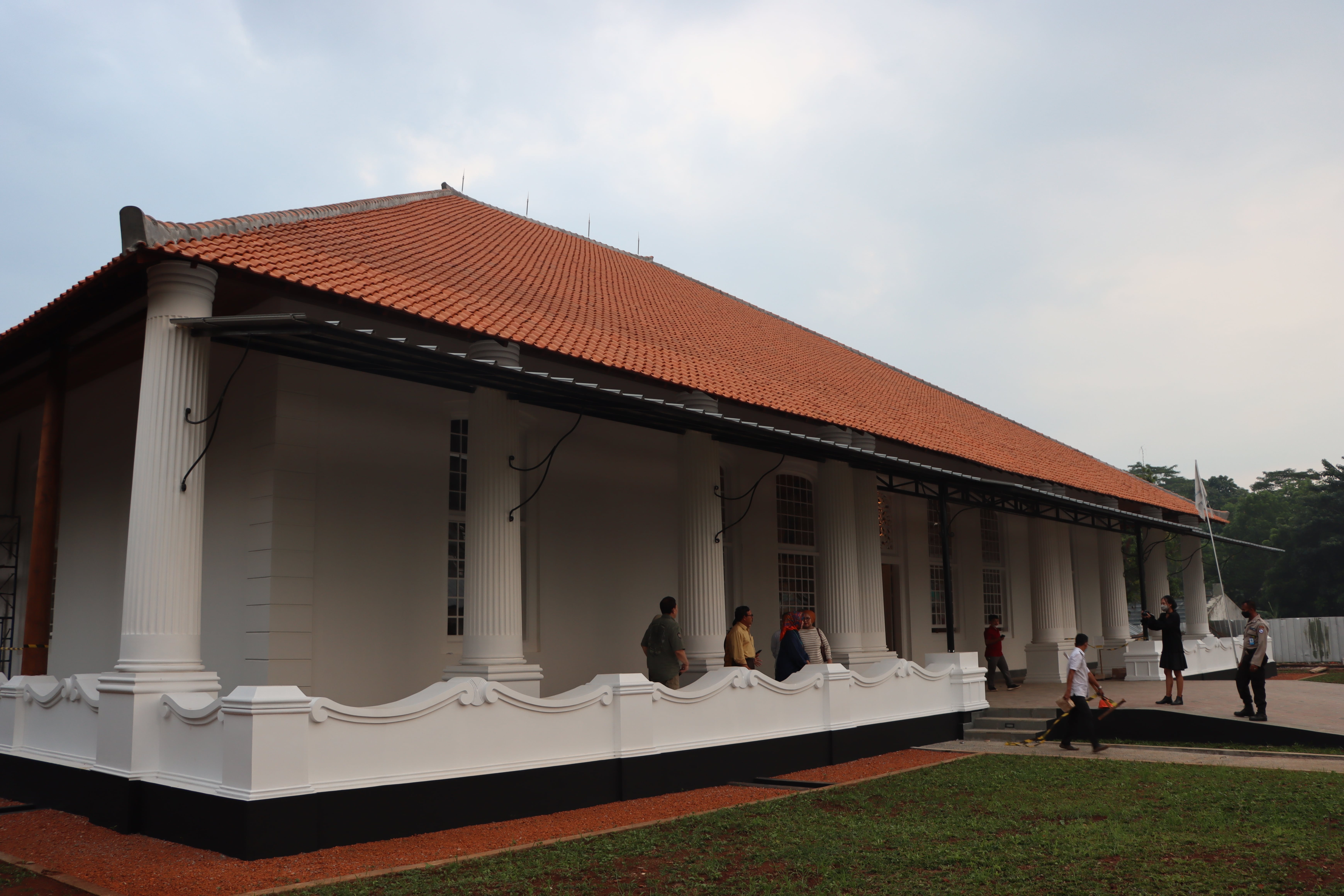 UIII.AC.ID, DEPOK - "The revitalization of Rumah Cimanggis shows that UIII is not only a center for scientific community but also a center for civilization and culture." Prof. Komaruddin Hidayat said in an interview with CNN Indonesia (29/09).

Rumah Cimanggis (also known as Landhuis Tjimanggis) is a cultural heritage site located in the RRI Complex which is part of the construction of the Indonesian International Islamic University (UIII). Rumah Cimanggis is said to be part of the development of Batavia and its surroundings.

It was built between 1775 and 1778 by David Joan Smith as a residence for Adriana Johanna van der Parra, the widow of Governor General Van der Parra (1714-1775). Adolf Heuken SJ in his book titled Historical Sights of Jakarta mentioned that Rumah Cimanggis was built with an architecture that combines styles from various countries, including England and France.

At first, there was a concern among the historians and society that the development of UIII campus would put Rumah Cimanggis under threat, but the Ministry of Public Works and Housing (Kemen PUPR) has been committing to revitalize Rumah Cimanggis since 2020 along with the Stage II of the UIII development. UIII is also planning to use it as a gallery in the future. (aa)