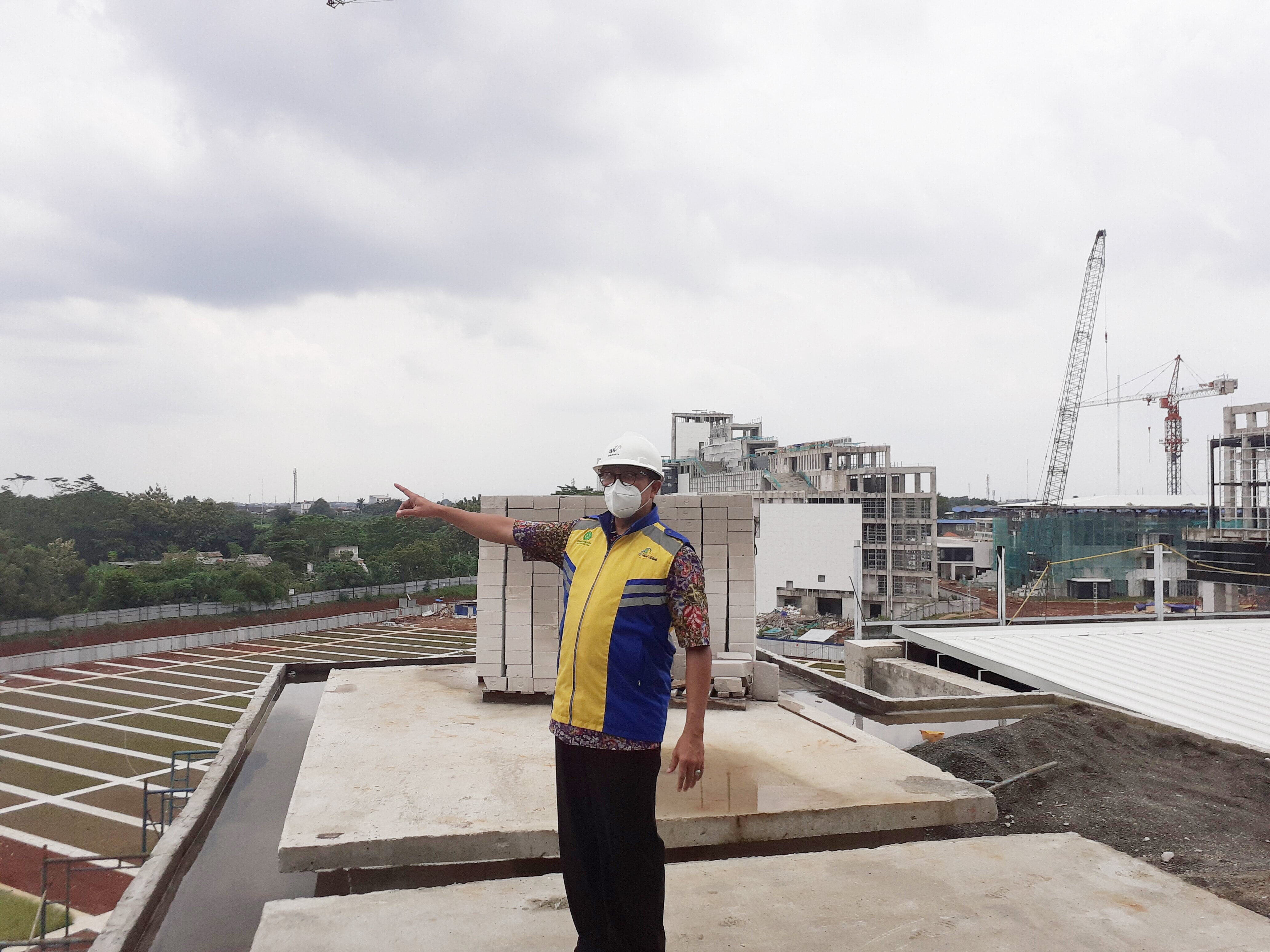 uiii.ac.id: Depok - The Minister of Religious Affairs of Indonesia (2014-2019), Drs. H. Lukman Hakim Saifuddin unexpectedly visited the UIII construction site on Friday, 29/01/2021. Mr. Lukman wanted to survey the development of the institution itself by visiting the rectorate, faculty and student dormitory buildings.

As Lukman Hakim arrived at the premises, he was welcomed by the Board of UIII Secretariat Office, Dr. Chaider S. Bamualim and Drs. H. Syafrizal M.Si. The group held a small meeting in the Secretary Office, then went on a tour starting from the rectorate building, faculty building, male dormitory and lastly towards the main entrance.

This wasn’t his first visit to the UIII campus site. Back in 2019, Lukman Hakim visited the establishment as the Minister of Religious Affairs while accompanying the then Vice President of Indonesia, Dr. Drs. H. Muhammad Jusuf Kalla. He had always supported the project since the beginning and expressed it again during this visit.

"I truly believe that it is not impossible that UIII will be able to grow into an iconic, prestigious, and prominent university, and be able to synergize with the world's major universities that have a strong scientific tradition.” he states.

Furthermore, it was Lukman Hakim (when he was serving as the Minister of Religious Affairs) himself that inaugurated Mr. Komaruddin Hidayat when President Joko appointed him as the rector of UIII.

Lukman Hakim believed that the construction progress was according to the timeline, and was impressed with the architecture of the campus and the facilities it provided for the future scholars. With an area of 142 hectares of land, the campus was designed to be a modern and futuristic university, including several other facilities ranging from a mosque to a library.

Once the all the infrastructures of this university are completed, Lukman Hakim wishes UIII can represent “Islam Rahmatan lil-'alamin” , which philosofically means Islam as a blessing for all creations, and UIII will always strive for inclusiveness, moderation and equality.

UIII plans to operate in September 2021, where postgraduate studies - Master of Arts and PhD programs will be offered for both Indonesian and International applicants.

Charyna Ayu Rizkyanti: Empathy Is Not An Antidote but also Solution