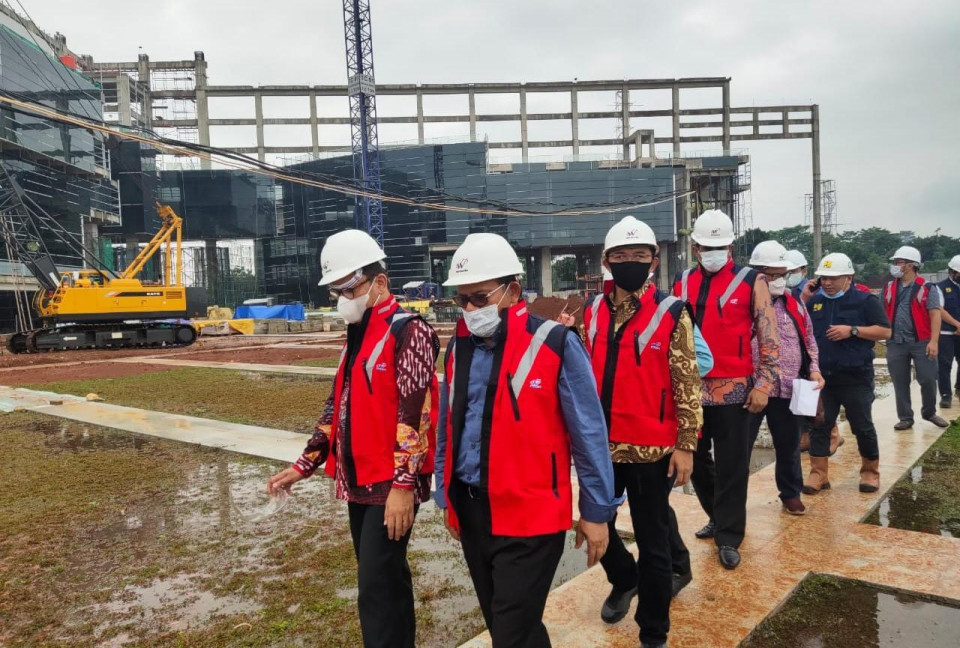 The Deputy Chairman of the 8th Commission of the People's Representative Council of Indonesia, Ace Hasan Saydzily said Indonesia should become a center for world Islamic studies. According to him, the establishment of the Indonesian International Islamic University (UIII) campus in Depok, West Java, is a program of the pride of the Indonesian nation, which has the largest Muslim population in the world.

“Indonesian Islam is not just quantity, but also has to show the quality of its knowledge with the existence of a leading university that specifically conducts Islamic studies. Indonesia must be a reference for world Islamic studies, apart from the Middle East, ”he said when visiting UIII Depok, West Java, on Thursday (21/1/2021). During the visit, Ace was greeted by the Director General of Islamic Education Prof. Muhammad Ali Ramdhani, UIII Rector Prof. Komaruddin Hidayat, Kyai Syafiq Hasyim, Prof. Bahrul Hayat, Dr. Chaidir Bamualim and the academic community. He said that the UIII campus was administratively managed under the Ministry of Religious Affairs, which is the working partner of the 8th Commission of the People's Representative Council of Indonesia. Ace also said that the development of UIII is one of President Joko Widodo's strategic programs as a form of his attention to Islamic education. "I visited the UIII campus because administratively the management is under the Ministry of Religious Affairs as a partner of the 8th Commission of the People's Representative Council of Indonesia. This visit is to see the progress of this campus construction directly which is included in the National Strategic Program (PSN), President Jokowi's program, "Ace explained. Ace further stated, as a country with a large Muslim population, it is very important for Indonesia to have a university that focuses on Islamic studies with Indonesian characteristics. Later, the campus will hold master and doctoral study programs. “Other Muslim countries have universities of international standard, such as Egypt, Malaysia, Pakistan, and others. UIII must become a center of excellence and a center for Indonesian-style Islamic studies which must be global. UIII is holding master and doctoral studies, ”continued the Golkar Party politician. With regard to the development of infrastructure, Ace said that UIII had shown rapid development progress. "The progress of infrastructure development has begun to show. The development of the infrastructure of libraries, lecture halls, rectorate buildings and mosques have physically progressed 70 percent. Likewise, student dormitories are equipped with adequate facilities, "concluded Ace. Ace hopes that the academic learning process on this campus will soon be accelerated. It is planned that in September 2021 it will be opened. During the visit, there was also an international webinar which presented Prof. Ahmed T Kuru (San Diego University, USA). Ace is committed to supporting and guarding UIII to become a university with international reputation as the contribution of Indonesian Islam to the world. (tn / sf)

Faculty of Islamic Studies UIII is Ready to Go Global