The Visit of Luhut Binsar Panjaitan to UIII

The UIII campus received another visit from government officials. This time, the coordinating minister for Maritime Affairs and Investment of Indonesia, Luhut Binsar Panjaitan, had the opportunity to visit the campus, which is located in Depok, West Java, on Thursday (20/01). The arrival of LBP, as he is usually called, and the guests were welcomed by the Rector of UIII, Prof. Komaruddin Hidayat accompanied by the Vice-Rector for Cooperation, Research, and Institutional Affairs, Prof. Jamhari Makruf; Vice-Rector for Planning, Finance and Business Development, Dadang Muldjawan, Ph.D; Director of Human Resources and Business Development, Prof. Amsal Bahtiar; Director General of Islamic Education, Ministry of Religious Affairs of Indonesia, Prof. Muhammad Ali Ramdani, MT; and the deans and lecturers of UIII 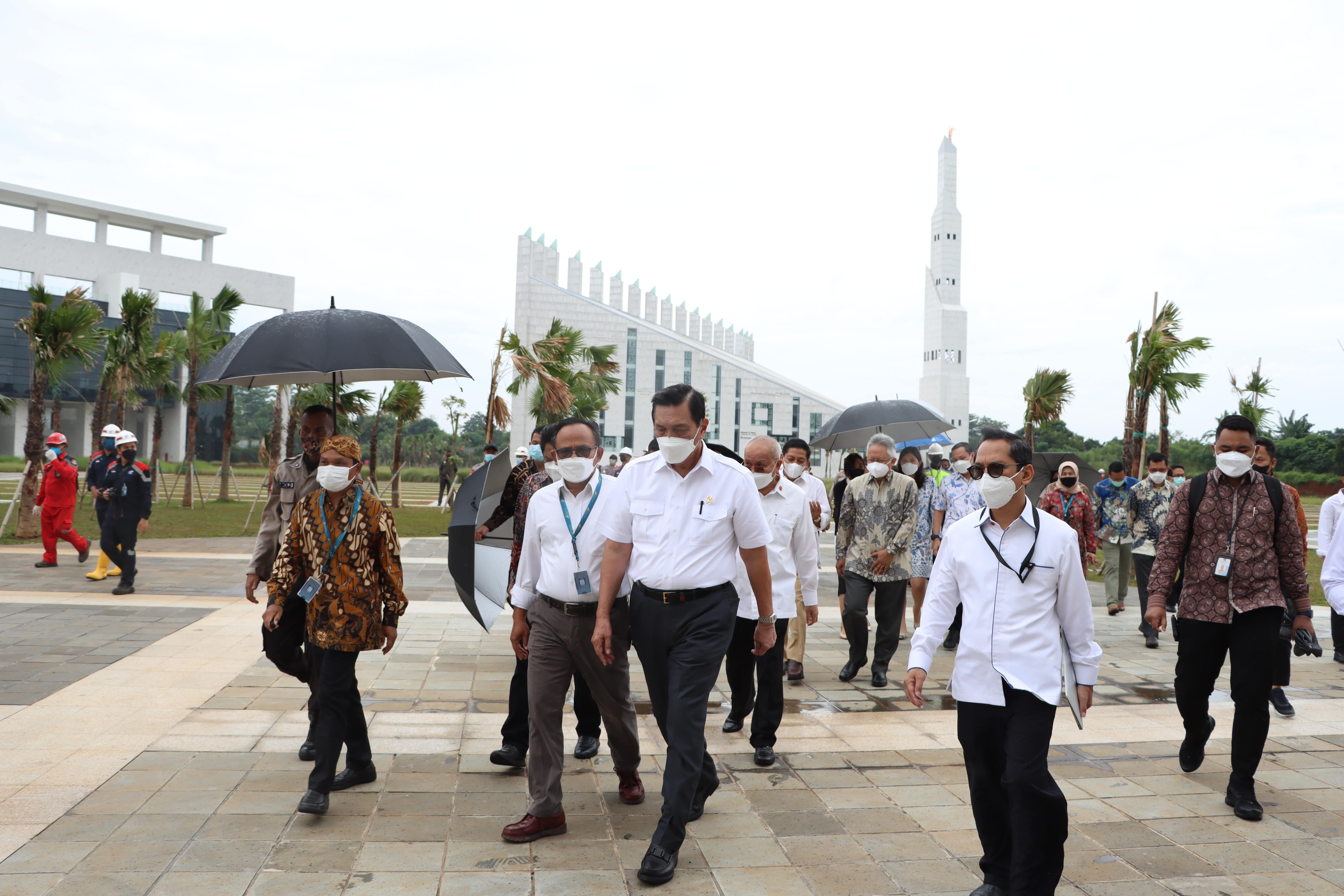 After delivering his remarks, the Rector presented the UIII Miniature and Campus Masterplan in the corridor of Faculty A Building. The Rector proceeded to escort LBP and his entourage around the campus area to visit the Faculty Building, Rectorate, Librarian, Lecturer Housing, and Campus Mosque. 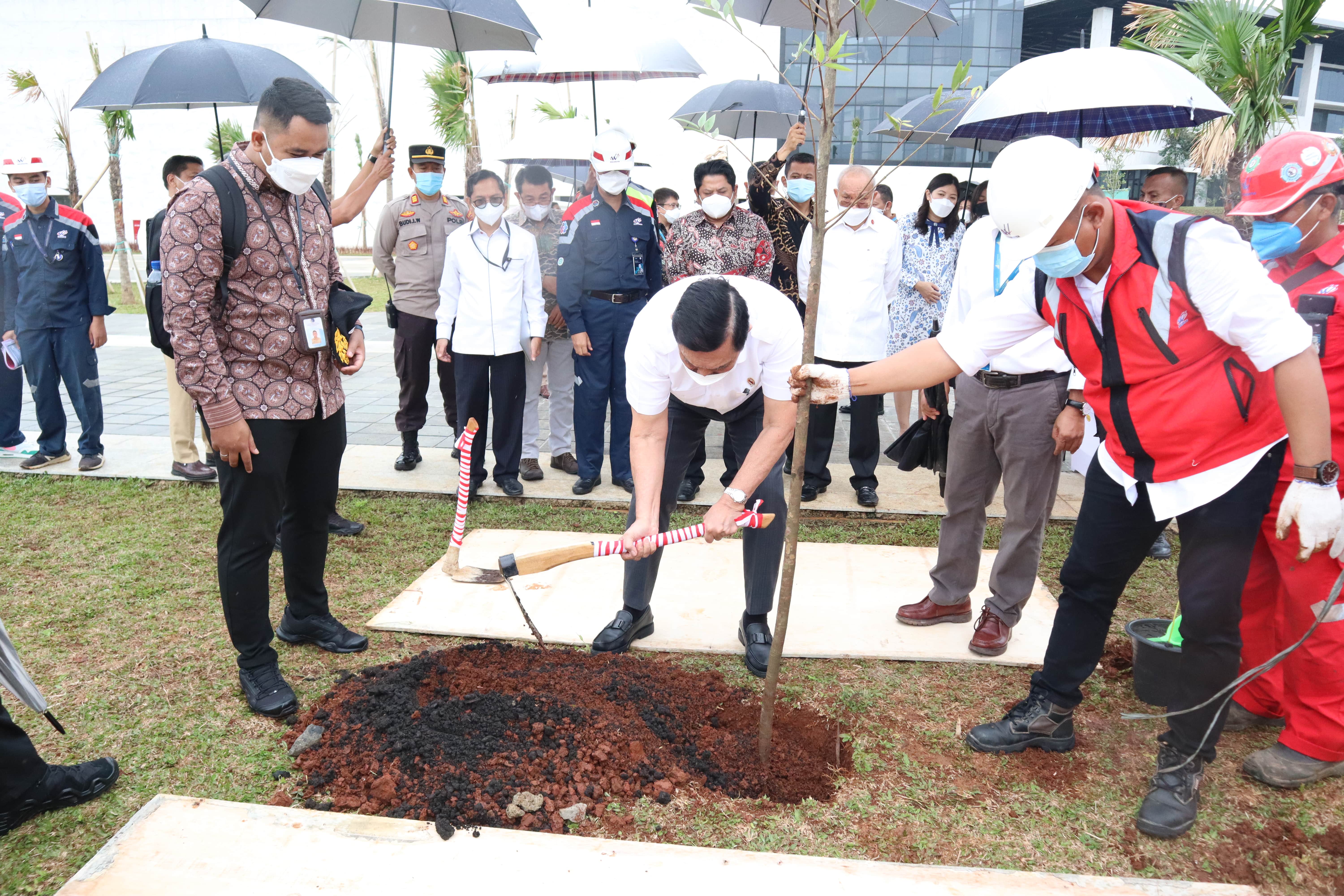 At Central Plaza 3 Pilar, LBP had the opportunity to plant a Damar tree (Agathis dammara), a tree native to Indonesia. According to Rector Komaruddin, each tree planted by guests will be given the name of the planter along with the name of the tree written on a wooden or stone surface.

Throughout the observation under the raindrops, LBP kept showing his admiration for seeing the construction of the campus and its green area. "This is an open space that is very good for a learning atmosphere. It opens up insight, especially since this is an international campus," he exclaimed.

He added that not only students would enjoy a conducive learning atmosphere at UIII, but professors from outside should also be made comfortable by providing them with adequate housing. "Don't make them leave just because they don't feel comfortable here," he said when Rector Komaruddin showed the Professor housing complex.

To create a comfortable environment, LBP also advised UIII to build its own waste management site in the campus complex because there will be a lot of local waste production. 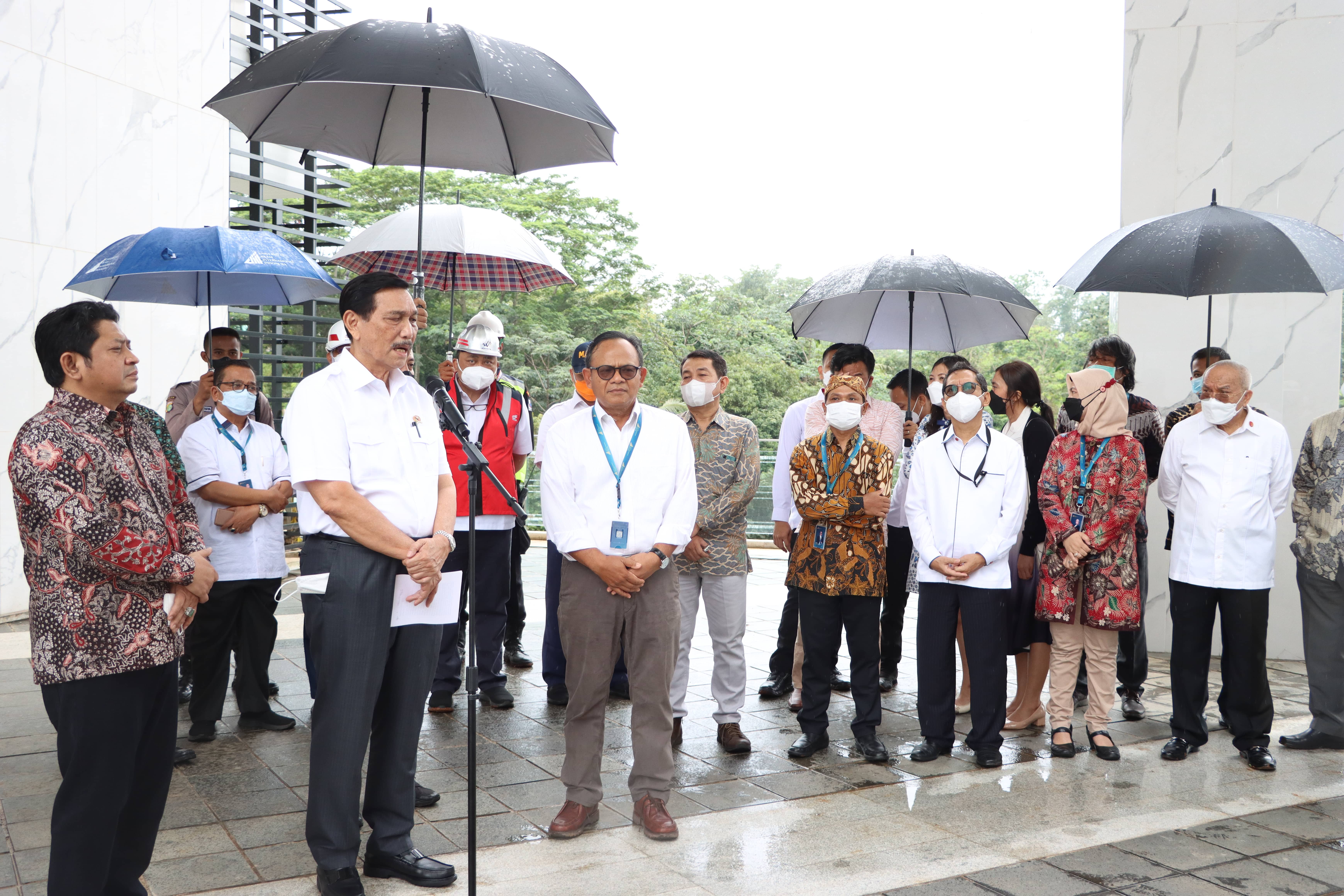 After touring the campus, Rector Komaruddin jokingly asked for a "fatwa" (a formal ruling or interpretation on a point of Islamic law) from LBP and his impression of the UIII campus. In general, LBP expressed its joy over the fairly rapid construction of the campus even during the pandemic. LBP hopes that UIII will become a mecca for international Islamic studies. UIII will play an important role in how religion can adapt to the development of science and technology (science and technology). In the future, the task of clergy will be increasingly needed when the development of science and technology intersects with religious issues.

"The progress of science and technology should not invalidate religion. With technology, people can make humans live up to 120 years. So how does religion answer this problem" said LBP, in hopes that UIII will open a medical faculty. Approaching the history of Islam, he added, is its advancement in the field of medicine.

Regarding the construction of the campus, in particular, LBP advised Waskita as the contractor to really prioritize quality, not commercial profits. "If you do business in other places, here is service. Make a campus that can reach hundreds of years," he said.

Agung Sumadi, Senior Vice President of Building Division of PT Waskita Karya who was also at the location, told the Media Team that LBP's hopes have been a priority for his party since the beginning of the construction. Our consultants, he added, have considered the quality of buildings that are futuristic, including being calculated to withstand earthquakes up to 100 percent. 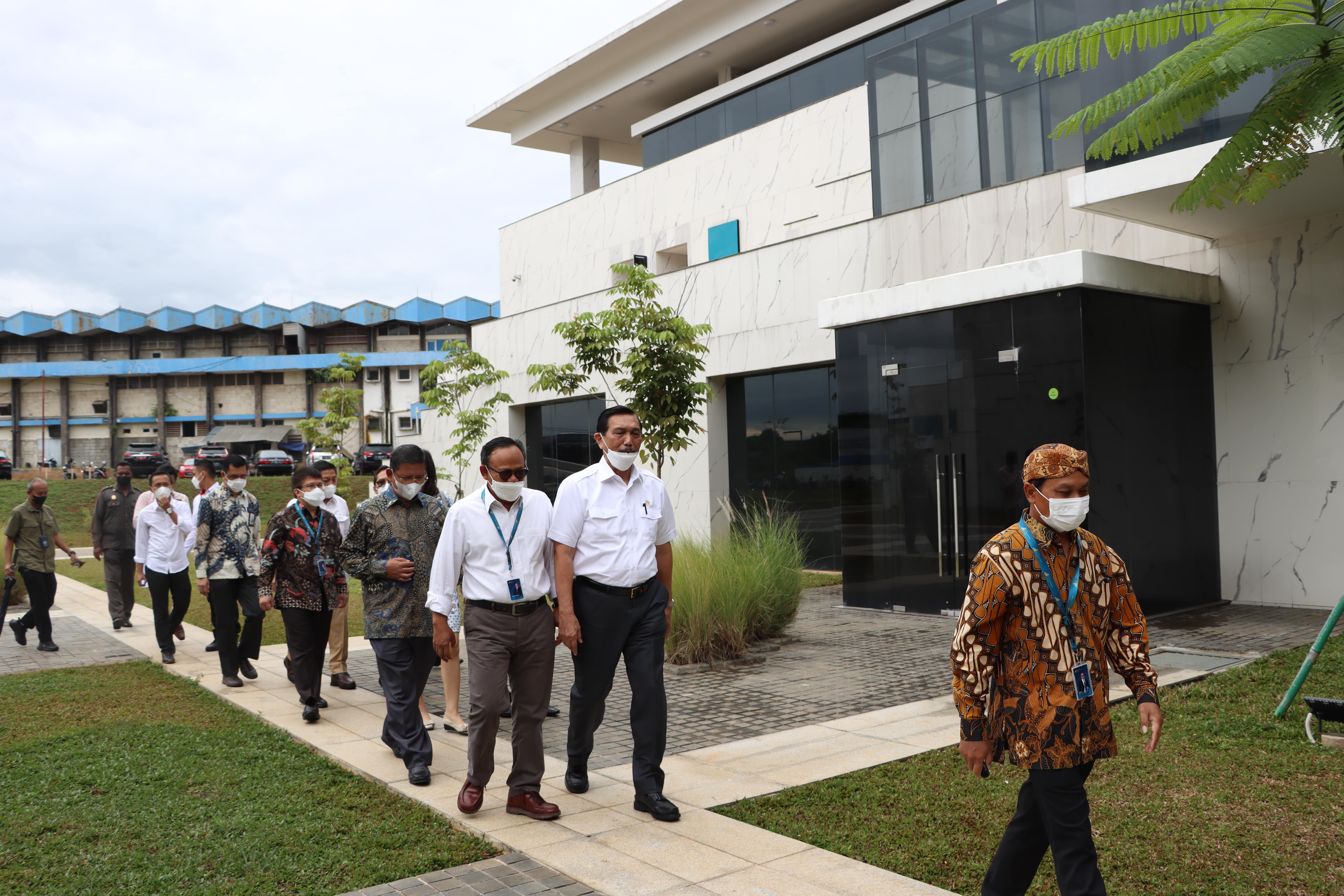 On the same occasion, the Vice-Rector for Cooperation, Research, and Institutions, Prof. Jamhari Makruf stated that UIII welcomes LBP's visit today. This, he said, provided confirmation that UIII was a very important National Strategic Project. UIII is an important part of the efforts of the Indonesian people to actively participate in developing "Islam Wasathiyah" or moderate Islam. (ag)