Blood Donation Should be Done on a Regular Basis at UIII 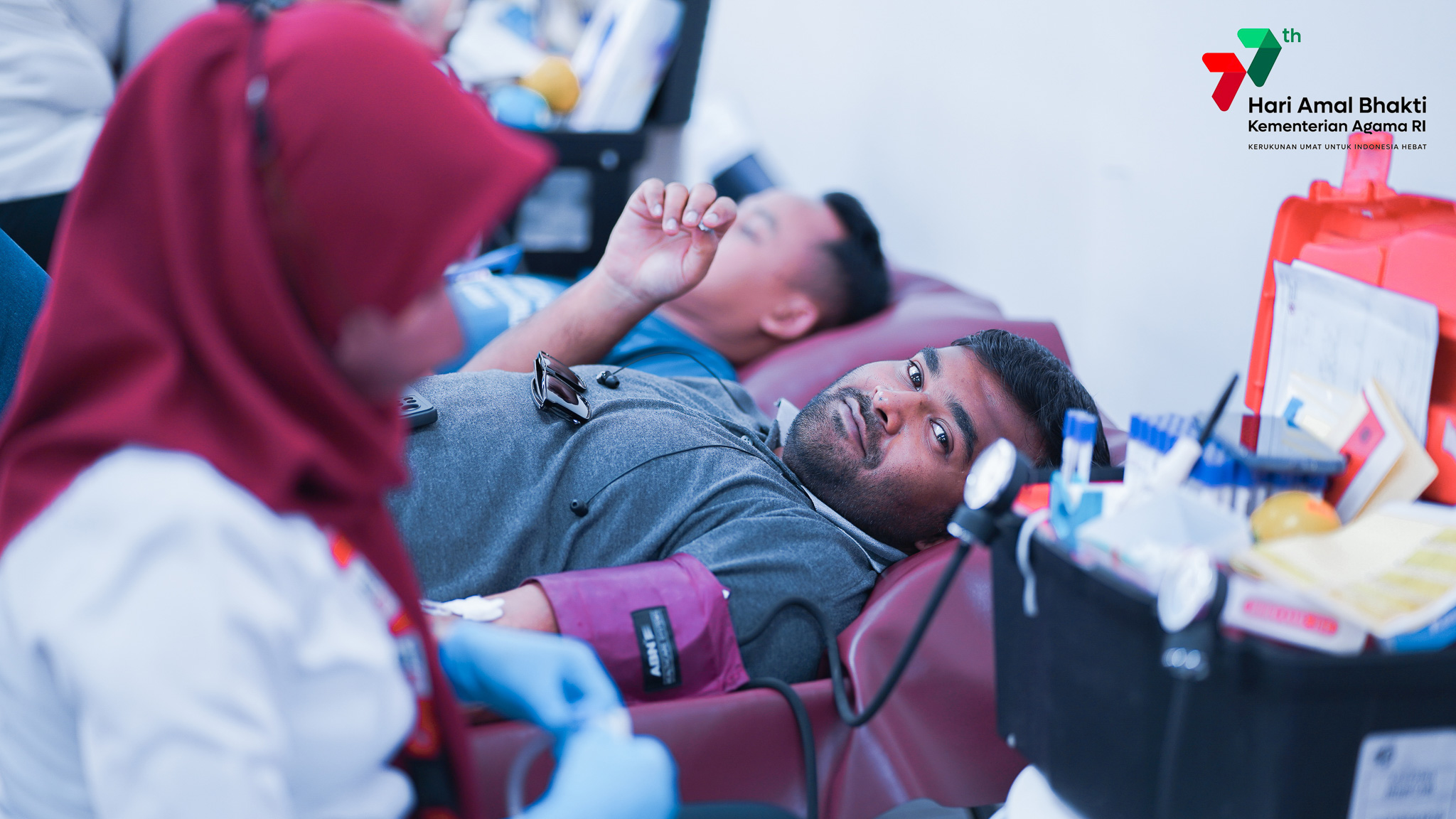 To commemorate the 77th Hari Amal Bhakti of the Ministry of Religious Affairs RI, UIII held a blood donation event in collaboration with PMI (the Indonesian Red Cross Society) in Depok City. On Tuesday, January 10, 2023, more than 50 people, including the UIII civitas academic and the public, participated in this event.

PMI’s official doctor, Yose Rizal, said that PMI targeted 75 blood bags from this event, but they successfully gathered half of them. In this event, all of the civitas academica of UIII participated, even though around 16 registered participants couldn’t participate because of their conditions.

Our Bodies Benefit from Blood Donation

Yose indicated that we can donate blood every two months beginning with the date of our most recent donation. He stated that blood donation is critical for our health, particularly for the regeneration of blood cells in our bodies. "It maintains our body's red blood cell production at all times," he explained.

Robert DeSimone, MD, director of transfusion medicine at NewYork-Presbyterian/Weill Cornell Medical Center, in an article from Columbia University said that regular blood donation is linked to lower blood pressure and lower risk for heart attacks. He went on to say that blood donation helps to lower cardiovascular risk factors.

DeSimone also explained that there is a connection, if your hemoglobin is too high, blood donation helps to lower the viscosity of the blood, which has been associated with the formation of blood clots, heart attacks, and stroke. Interestingly, these benefits are more significant in men, compared to women. He thinks it's because women have menstrual cycles, so they do it naturally without donating blood.

UIII and PMI need to cooperate

Yose expects that in the future, the Depok City Government and PMI will cooperate with UIII so that PMI can consistently hold blood donation events. "There will be frequent blood donation in the future since giving our blood benefits the health of all persons who require blood," he stated.

Moreover, Dr. Chaider said that UIII also feels the need to build a closer relations with PMI, not only limited to blood donation activities, but also for public health activities in general.

In line with commemorating the 77th Hari Amal Bhakti of the Ministry of Religious Affairs RI, UIII also held some other sports events, such as badminton, basketball, futsal, table tennis, and gymnastic. (ANJ)