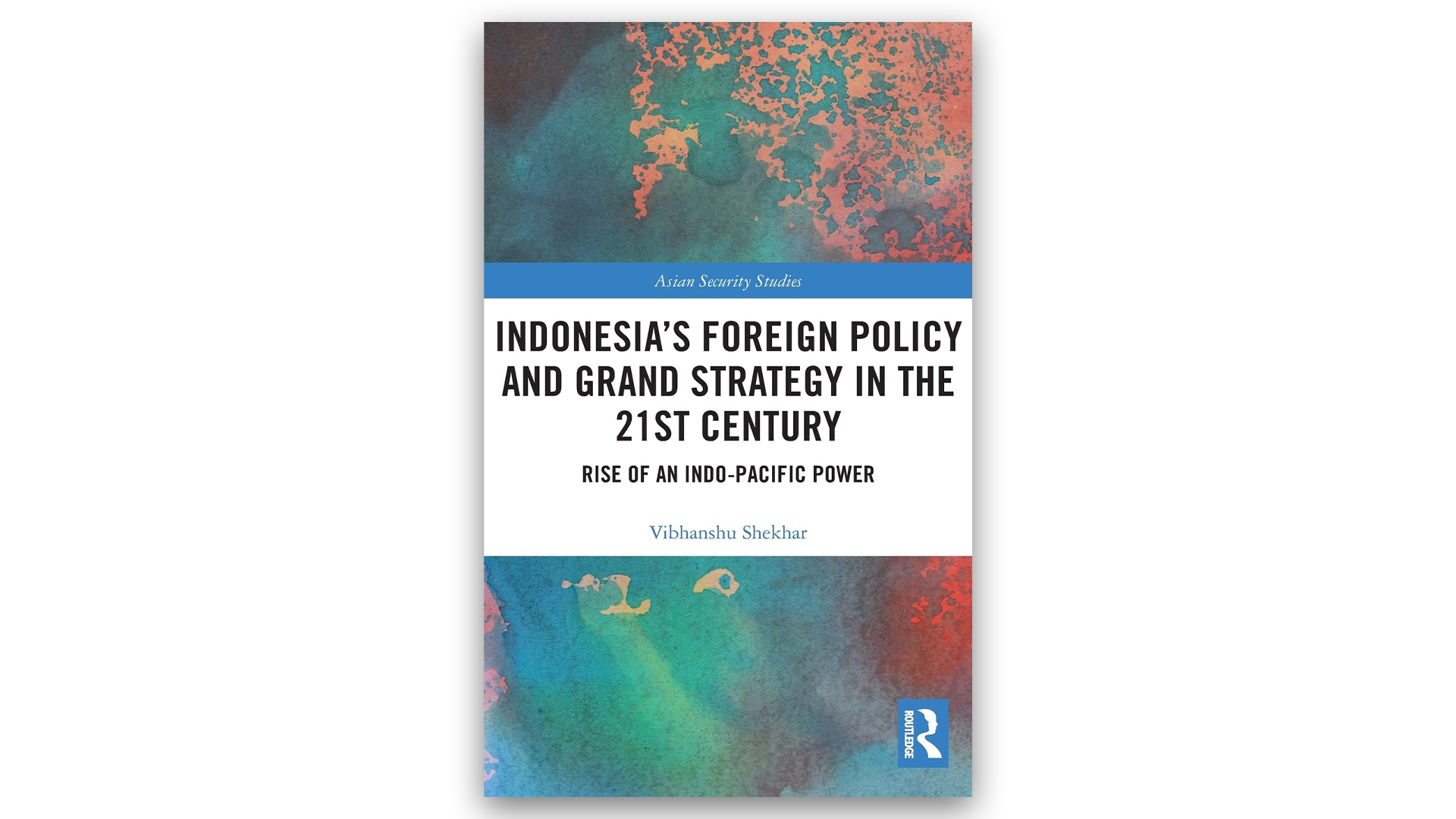 Numerous experts have pointed out the changing nature of global order in the twenty-first century. As one of the middle powers, Indonesia has been claiming the title of the rising power in the Indo-Pacific region through upgrading its foreign policies and attitudes in international relations. To look further into the realities, challenges, and prospects of Indonesia’s shifting foreign policy and projection of its global strategy, Vibhanshu Shekhar has authored a 250-page book of six chapters that concentrates on three keys elements: Indonesia’s emerging power, status signalling, and the Indo-Pacific region.

The book examines changes in Indonesia’s foreign policy as the country pursues its priority to climb up the ladder and become the great power of the Indo- Pacific region. Shekhar analyses the numerous internal and external debates surrounding Indonesia’s ‘signalling’ foreign policy and its approach toward the Indo-Pacific region. Through the use of neo-classical realism and social identity theory, shekhar puts forward dynamic arguments not only in Indonesia’s ambitions in the global arena but also the domestic drivers and constraints of its international behaviour.

Chapter 1 examines Indonesia’s capabilities as an emerging power looking for international recognition and power in the Indo-Pacific region. It discusses Indonesia’s quest for ranking and hierarchies both regionally and globally, and its dictation through national power and identity that characterizes its behaviour in international relations. It expands the understanding of Indonesia’s status signalling for a position of power in Southeast Asia and the Indo-Pacific region, as well the country’s stance on ASEAN and non-ASEAN settings.

Chapter 2 highlights structural and behavioural uncertainties within the new geostrategic construct of interconnected oceans between India and the Pacific. It helps readers understand the state of the strategic environment and the limits of Indonesia’s ability to insert itself into it, besides addressing the dynamic complexities of great power behaviour, increasing nationalistic looking among the rising powers, and the problem of strategic hedging within the region.

Chapter 3 elaborates how parts of Indonesia’s foreign policy embraces the regions two oceans and two continents, as well as the Mandala and non-Mandala principles, as the characters of its geopolitical concept. It points to the prospect of Indonesia’s leadership projection following the opportunities provided following the 2004 tsunami and the geo-economic flow in the Indian Ocean.

The next chapter concentrates on the prospect of Indonesia's leadership as a maritime power. Departing from the historical background of Indonesia’s global intermingling lays the foundation for its maritime security blueprint, centred around the idea of protection against environmental threats and the need to assert maritime strategy and power narratives, leading to Indonesia’s stance on the complexities of the South China Sea.

What follows is a neat discussion examining Indonesia’s geopolitical and geo-economical stance within ASEAN. The problem addressed here is appointed to the decline in the grouping centrality of ASEAN countries and whether Indonesia continues to look to the ASEAN design to apprehend its global agendas. With a list of the analytical arguments of the up-and-down record of Indonesia’s role in ASEAN within the last several decades, alongside its stance within the political turbulences of ASEAN’s member countries, Indonesia is assessed as having opted to look further away from ASEAN.

The last chapter highlights official partnerships in defence, security, and economic improvement between Indonesia and superpowers in the Asia-Pacific region such as China, India, Japan, Russia, and the US, as they shapes regional diplomatic characteristics within the existing political uncertainties in regional development and between the great powers.

Departing from all the chapters described above and despite the increasingly obvious attempt to locate the position of Indonesia as a rising power, this book has successfully laid forward the key weaknesses and challenges for Indonesia in its global endeavours. Shekhar’s final criticism resonates with what most Indonesian political scientists and international relations experts point out, that the uncertainties and ambiguities are the compasses of the domestic settings. Shekhar concludes that “Indonesia is economically rising, militarily weak, technologacally deficient, institutionally uncoordinated, socially vulnerable, and politically dysfunctional” (p.239). This conclusion is perhaps the harsh reality Indonesia must face. Nevertheless, tackling these issues would allow Indonesia to claim its highest goal: becoming a global power in the Indo-Pacific.