On September 20th 2021, UIII launched its first academic opening ceremony called the Academic Convocation which was attended by the entire academic community namely the Rector (Prof. Komaruddin Hidayat), the Chairman of UIII Board of Trustees (Mr. Haji M. Jusuf Kalla), the four Deans from the Faculties of UIII, Heads of Study Programs, Lecturers, staff, and employees. The Minister of Religious Affairs, Mr. Yaqut Cholil Qoumas also attended the event and gave a virtual speech from his office.

The event was commenced with the national anthem of Indonesia, “Indonesia Raya” followed by the University Hymn, “Hymne UIII” both performed virtually by the award-winning music composer, Mr. Dwiki Darmawan. As an Islamic University, UIII included a recitation of the Holy Qur’an by Mimi Jamilah Lailatul Mubarokah, a Qari’ah (Female professional Qur’an reciter) with international repute.

Welcoming remarks by the Rector of UIII, Professor Komaruddin Hidayat, were given to participants who attended the event both offline and online, following strict health protocols amidst the Covid-19 pandemic. While the event is held virtually online through Zoom, offline attendees were present at Faculty A Building Theater, in Depok, West Java. 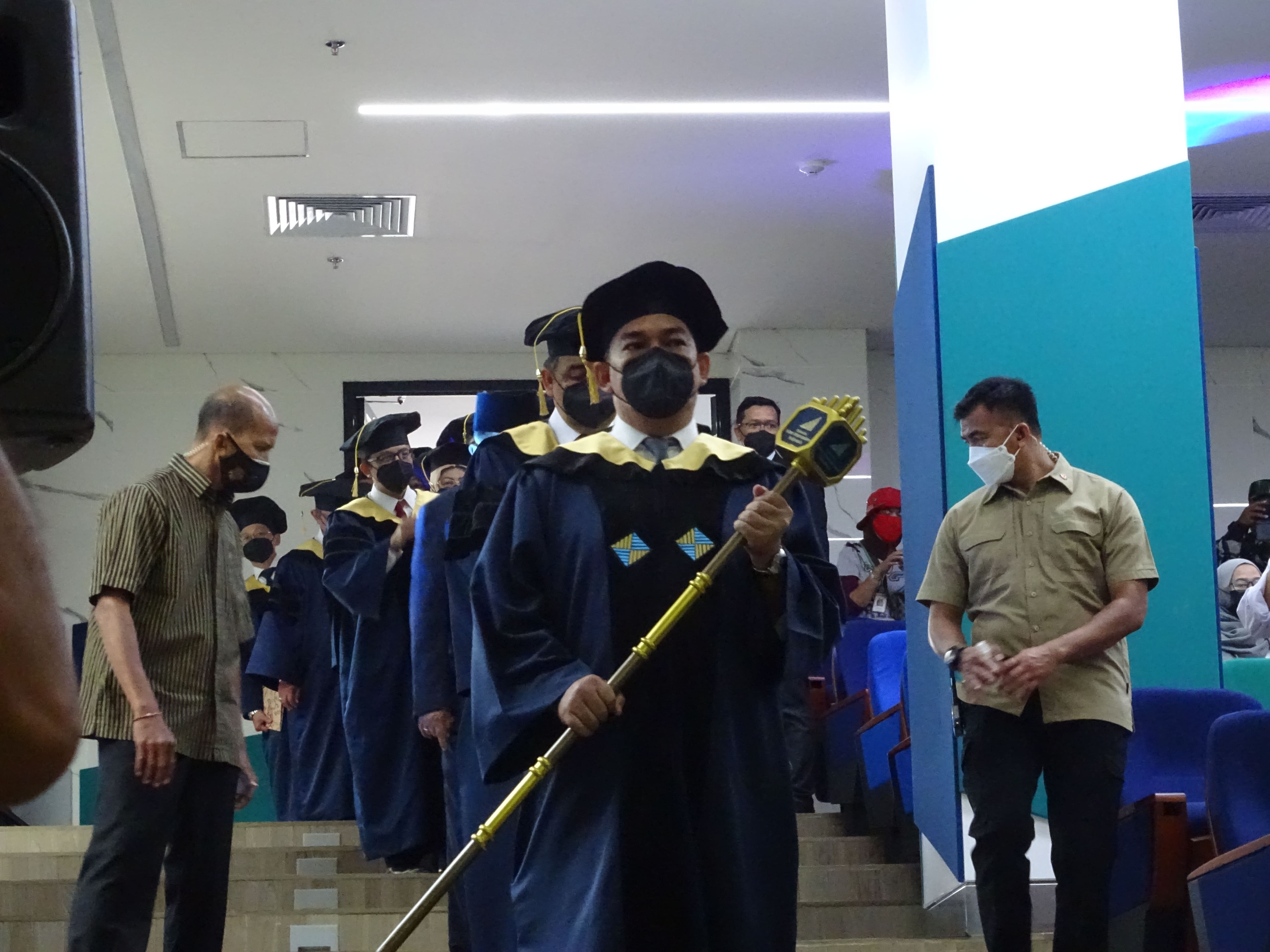 University Officials entering the Theater Room of Faculty A Building

The rector of UIII reminded all students in his welcoming speech to always focus on the goal of becoming important so that no time is wasted while studying at UIII. True education aims at maintaining our humanity so that we can continue living as humans and we believe UIII can help to achieve it. 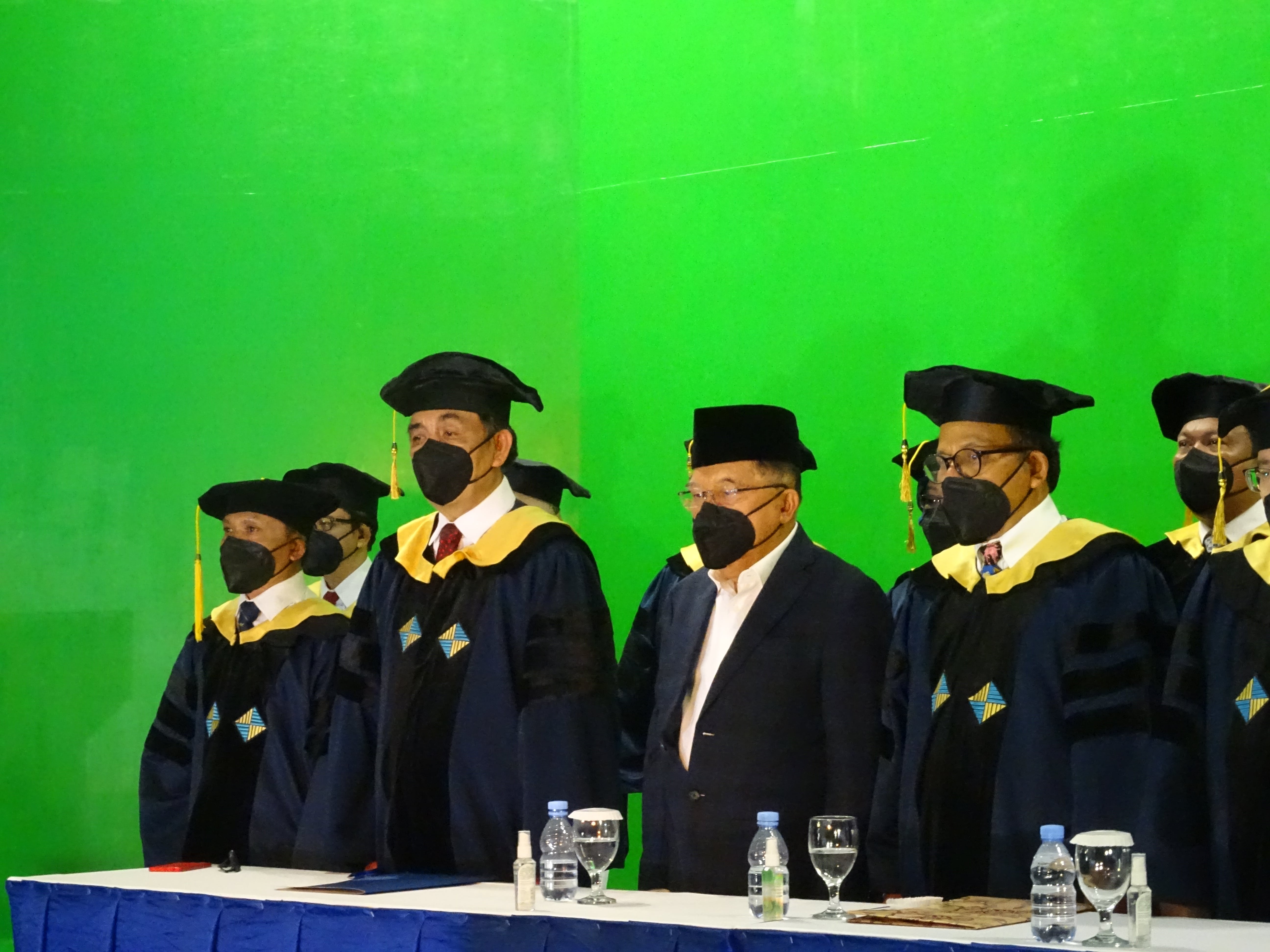 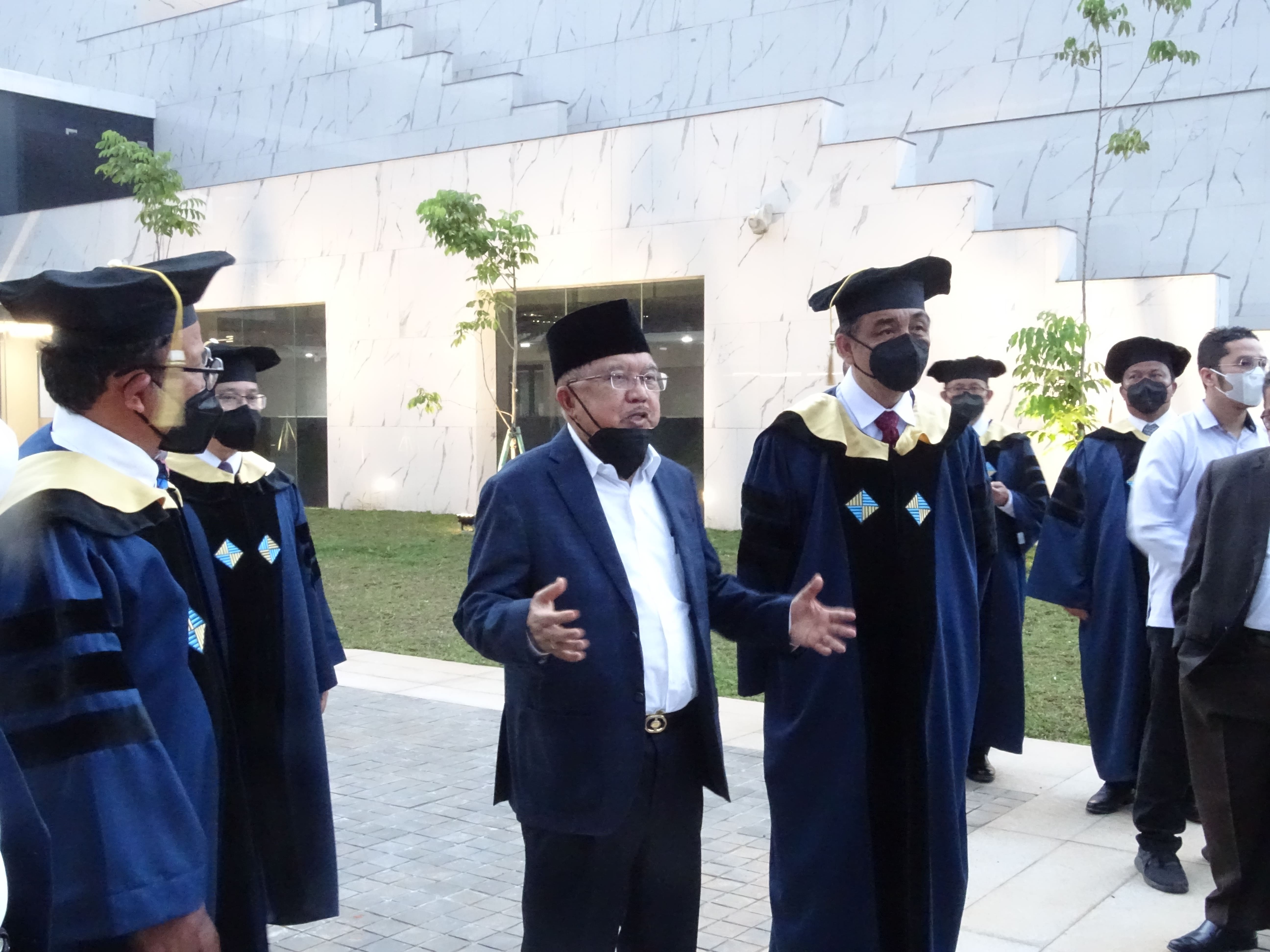 Following the student pledge ceremony, Indonesia's Minister of Religious Affairs, Yaqut Cholil Qoumas, gave his thoughts on UIII. He believes that by having UIII present, UIII will be able to solve the problems that concern Indonesians in terms of Education and Islam. With this event, UII has become a symbol of a paradigm shift in education and the expansion of Indonesia's religious horizon.

This event is a witness to those who have placed their faith in UIII in the present and the future. Thus, we must look after it and put our faith in it, not just in its physical form but also in its vision and mission.